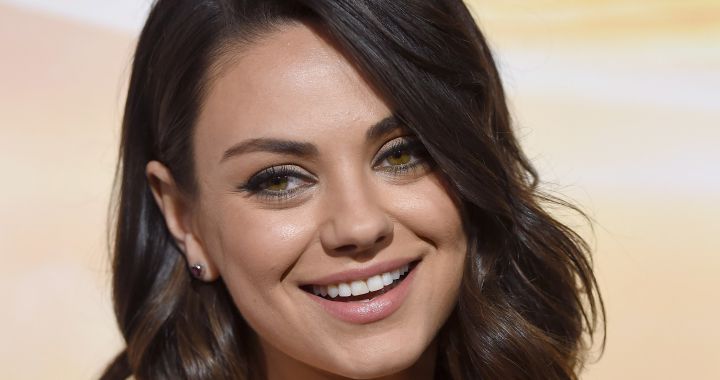 A picture-perfect life is being tested.

The first trailer for Netflix‘s Luckiest Girl Alive, an adaptation of Jessica Knoll’s 2015 bestseller debut novel starring Mila Kunis as Ani FaNelli, who has built an incredible New York City life for herself, was released on Tuesday. But beyond that mask lie deeper secrets from her past.

They boil to the surface when Ani agrees to be interviewed by a true-crime documentary film crew about surviving a violent attack in high school — all while planning her “lavish but elegant” wedding to fiancé Luke (Finn Wittrock).

“I am this close to the life no one thought I deserved,” Kunis’ Ani says in the trailer, later explaining, “I’ve carried this horrible thing with me alone for years, and it has built up this rage inside of me. I don’t know what’s me and what part I’ve invented.”

A year after Luckiest Girl Alive was published, author Knoll — who also created the film’s screenplay — revealed in a March 2016 essay that she, like her book’s main character, was gang-raped as a teen.

“The first person to tell me I was gang-raped was a therapist, seven years after the fact,” Knoll began the emotional essay at the time. “The second was my literary agent, five years later, only she wasn’t talking about me. She was talking about Ani, the protagonist of my novel, Luckiest Girl Alive, a work of fiction. What I’ve kept to myself, up until today, is that its inspiration is not.”

Knoll, who also authored 2019’s The Favorite Sister, described similar incidents in her own life, as well as the embarrassment, uncertainty, and heartbreak that ensued. She stated that she was ready to confront the truth about what she had suffered once she had comprehended entirely it.

Knoll discussed the film to Netflix’s TUDUM, saying, “This character embodied so much of my own story and experience. It was critical to me that I be the one to tell the story.”

The Luckiest Girl Alive will be available in select cinemas on September 30 and on Netflix on October 7.