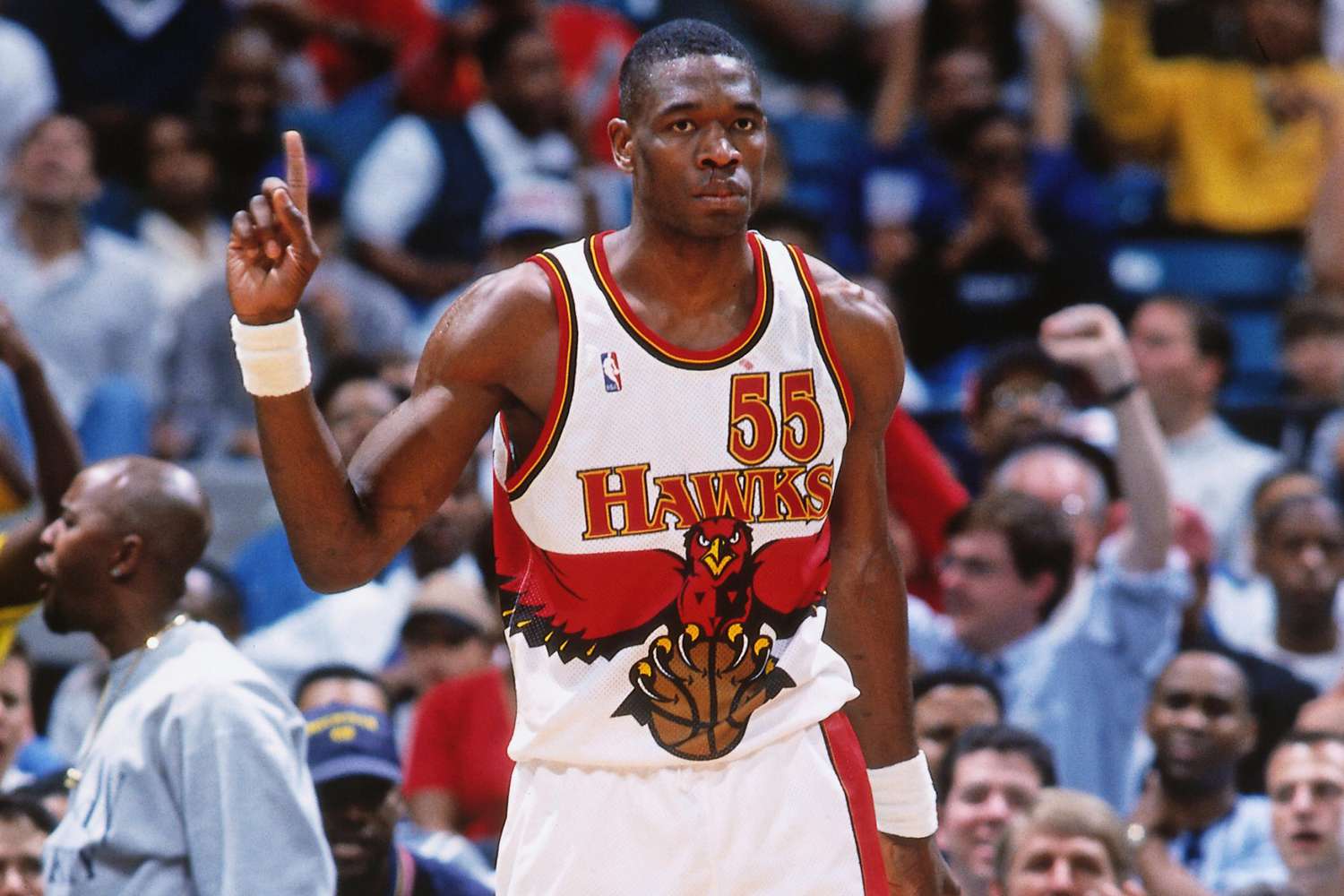 The former athlete, 56, has appeared in films including ‘Coming 2 America’ and ‘Like Mike,’ in addition to a number of ad campaigns, and is also known for humanitarian work.

The NBA revealed Saturday that basketball Hall of Famer Dikembe Mutombo is receiving treatment in Atlanta for a brain tumor.

Mutombo has been a global ambassador for the NBA for many years, most notably at Hall of Fame enshrinement ceremonies in Springfield, Massachusetts, and a pair of preseason games in Saitama, Japan.

In August, he appeared alongside US Secretary of State Antony Blinken at an event in Mutombo’s native Congo.

“He is receiving the best care possible from a collaborative team of specialists in Atlanta and is in great spirits as he begins treatment,” Mutombo’s family said in a statement distributed by the NBA. “Dikembe and his family ask for privacy during this time so they can focus on his care. They are grateful for your prayers and good wishes.”

The family did not reveal any other information, including what caused the tumor to be detected.

“We believe he’ll face this task with the same determination and grit that have made him a legend on and off the court,” said Atlanta Hawks owner Tony Ressler.

Mutombo, 56, played 18 seasons in the NBA for Denver, Atlanta, Houston, Philadelphia, New York, and the then-New Jersey Nets. After averaging 9.8 points and 10.3 rebounds per game during his career, the 7-foot-2 centre from Georgetown was an eight-time All-Star, four-time defensive player of the year, three-time All-NBA pick, and was inducted into the Hall of Fame in 2015.

Mutombo last played in the 2008-09 season and has since devoted his time to social and humanitarian initiatives. When the two were in the Congo, Blinken praised him, telling Mutombo, “you’ve done so much to bring the world together.”

Mutombo speaks nine languages and established the Dikembe Mutombo Foundation in 1997 to improve Congolese health, education, and quality of life. His organisation oversaw the construction of a 170-bed hospital in Kinshasa, the capital city, which has treated nearly 500,000 individuals regardless of their capacity to pay for care.

He has also served on the boards of other organisations, including Special Olympics International, the Centers for Disease Control and Prevention, and the National Board of the United States Fund for UNICEF.

Mutombo has had cameos in films including Coming 2 America and Like Mike, in addition to appearing in ad campaigns for GEICO and Mobil 1.