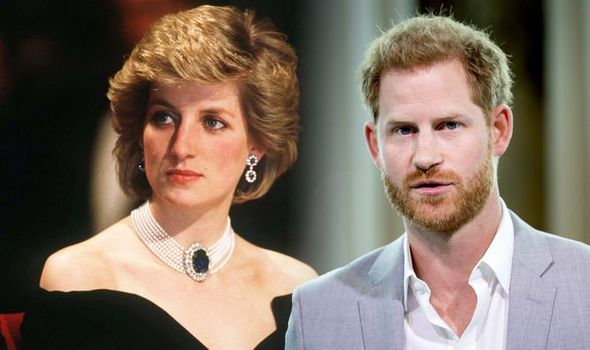 “I want it to be a day to share the spirit of my mum with my family, with my children, who I wish could have met her,” the Duke of Sussex said

Prince Harry is remembering his mum.

In remarks at the Sentebale Polo Cup in Colorado on Thursday, the Duke of Sussex, 37, expressed his wishes and plans for the forthcoming anniversary of Princess Diana’s death. Sentebale, the nonprofit Harry created in 2006 with Prince Seeiso of Lesotho to support children in Africa stricken by poverty, inequality, HIV/AIDS, and, most recently, COVID-19, benefited from the charity match at the Aspen Valley Polo Club.

“In honour of our mothers, my close friend Prince Seeiso and I started Sentebale 16 years ago with an aim to support many of the world’s most disadvantaged young people, and to provide them care and help so they can grow,” Harry said on stage.

“In Sesotho, the language of the Basotho, the word ‘sentebale’ means ‘forget-me-not,’ ” he continued. “Next week is the 25th anniversary of my mother’s death, and she most certainly will never be forgotten. I want it to be a day filled with memories of her incredible work and love for the way that she did it.

“I want it to be a day to share the spirit of my mum with my family, with my children, who I wish could have met her,” he added, referencing son Archie, 3, and daughter Lilibet, 1, whom he shares with wife Meghan Markle. “Every day, I hope to do her proud.”

Praising his mother’s “tireless” energy in her efforts to “support and destigmatize those experiencing HIV and AIDS,” Harry touched on how the charity connects to Diana today.

“Fittingly, her favorite flowers were forget-me-nots,” he said. “I hope we can remember my mother’s legacy by recommitting to those that we serve, whoever and wherever they may be.”

Harry has followed in his mother’s footsteps in Africa in more ways than one. He walked through a minefield in Angola with the HALO Trust in September 2019 to raise awareness about the dangers of landmines, just as Diana did shortly before her death on Aug. 31, 1997, at the age of 36.

On Thursday, the prince rode to victory with Team Sentebale on the polo field, saddling up for the organization’s signature fundraiser. There, his teammate and buddy Ignacio “Nacho” Figueras remarked about how committed the prince is to Sentebale’s purpose.

“From day one, I saw how committed he was to his charity,” said the pro polo player, who has known Harry since 2007. “Fast forward 15 years, I’ve been to Lesotho with him a few times, and I’ve seen what great work the charity does and how important it is for a lot of kids, how committed he is, how much he really cares about it.”

On his friend’s prowess in polo, Figueras added that Prince Harry is “very competitive.”

“He plays very well, he rides very well — it’s an honor to be his teammate,” he said.