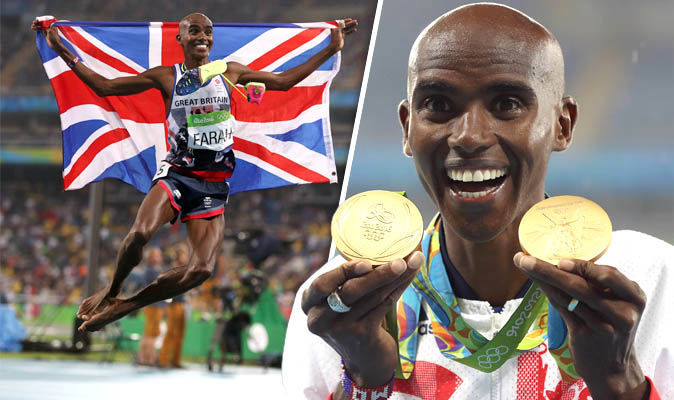 His experience served as a “terrible reminder” of the atrocities of human trafficking, the prime minister’s representative said.

Sir Mo told the BBC that when he was nine years old, he was flown from Djibouti, given a false name, and made to care for the kids of another family.

The unknown woman who trafficked Farah to Europe lied to him and said that he was being taken to his relatives, something he was “excited” about since he had never been on a plane. He was given a fake passport along with a fake name. After Farah arrived in the UK, the picture was different from what he was promised.”I had all the contact details for my relative and once we got to her house, the lady took them off me and right in front of me ripped them up and put it in the bin, and at that moment I knew I was in trouble,” he expressed.

Sir Brendan Foster, a fellow Olympian, compared his tale to a “Hollywood movie.”

Downing Street stated that efforts to punish offenders must continue, and a wide range of individuals involved in British public life have expressed their approval.

Having fled Iraq when he was just 11 years old himself, Mr. Zahawi said it felt “painful” to learn of Sir Mo’s experiences as a boy.

“I salute Mo Farah. What an amazing human being to go through that trauma in childhood, and to come through it and be such a great role model is truly inspirational,” he told the BBC.

Sir Mo, a member of Team GB who won four Olympic gold medals, originally claimed to have fled Somalia with his parents and arrived in the UK as a refugee.

However, he admits that his parents have never visited the UK in a BBC program that will air on Wednesday. His mother and two brothers reside on the family farm in the breakaway state of Somaliland, where his father was shot and killed in Somalia.

Sir Mo reveals to the program that his real name is in fact Hussein Abdi Kahin.3

When compelled to leave Iraq under Saddam Hussein’s rule, Mr. Zahawi claimed he felt “fortunate” to have his parents with him.

Comedian David Baddiel described Sir Mo as a “hero”, sharing a picture of the pair, alongside fellow comedian Frank Skinner, in a tweet that read: “Whether he’s Sir Mo Farah or Hussein Abdi Kahin he’s a hero.”

Irrespective of everything, he turned things around for himself. You can watch The Real Mo Farah on BBC One.