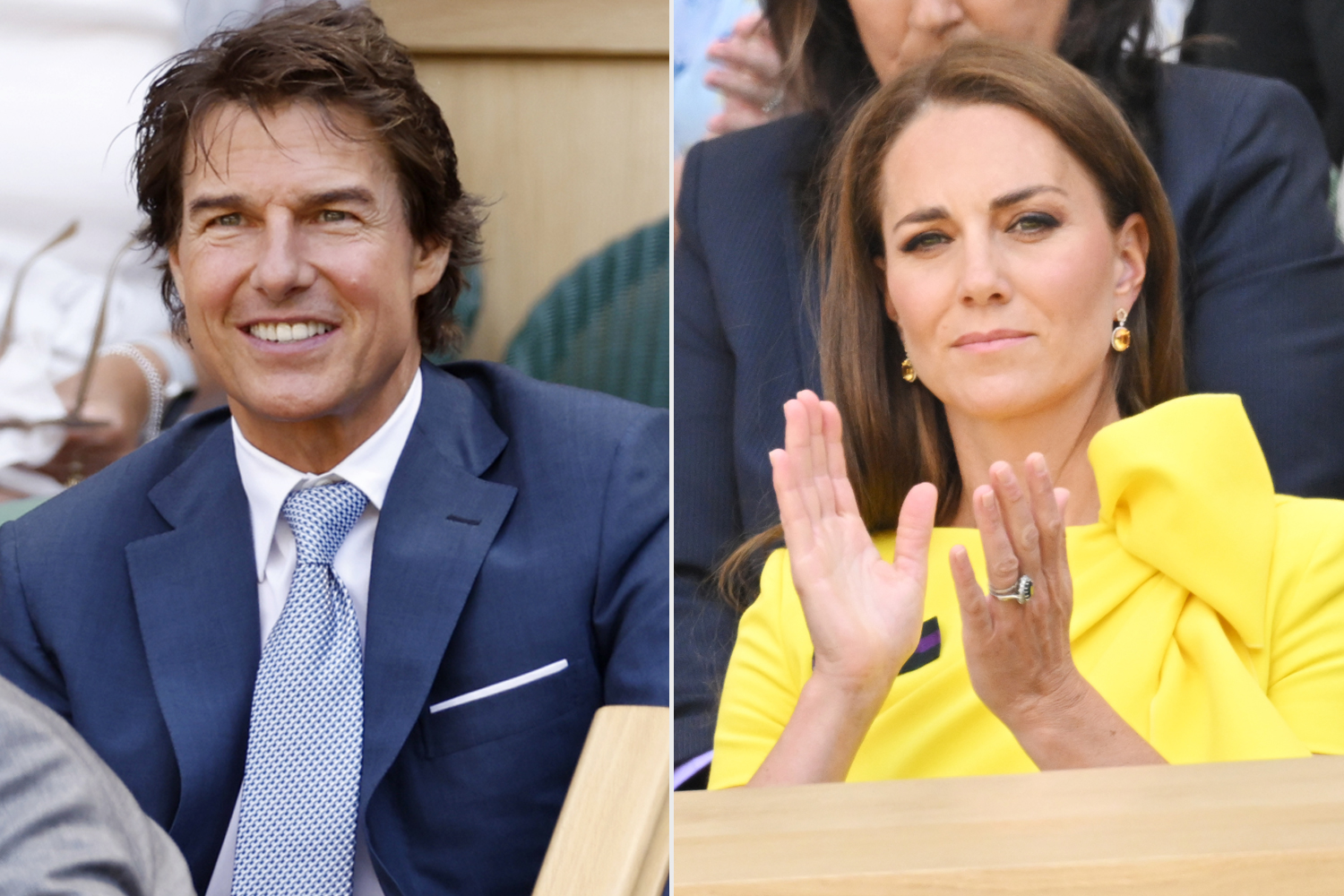 Last year, the Duchess of Cambridge also attended the women’s final, when she awarded the trophy to the champion, Ashleigh Barty of Australia.

Kate Middleton frequently attends the Wimbledon tennis competition. Prior to her appointment as royal patron of the All England Lawn Tennis Club in 2016, the Duchess of Cambridge made it a point to attend every summer match.

The Top Gun: Maverick star, 60, and the Duchess of Cambridge, 40, were sat a few rows in front of each other at Wimbledon on Saturday for the women’s finals between Ons Jabeur of Tunisia and Elena Rybakina of Kazakhstan. The British monarch complemented her bright yellow outfit for the afternoon outing with a pair of big sunglasses. Cruise, on the other hand, looked sharp with a blue suit, white dress shirt, and light blue tie.

Kate’s yellow dress comes as no surprise for those who have followed her Wimbledon fashion—this marks her third time wearing a yellow dress, perhaps a nod to the yellow tennis balls. A version of Kate’s dress—the Roksanda ‘Brigitte’ midi style—is still available, in a light corn color.

Kate previously attended the women’s final last year, where she presented winner Ashleigh Barty of Australia with the trophy.

It was an exciting weekend for the sports-loving Kate as she returned to Wimbledon on Sunday with Prince William, 40, to see the finals for the men where Prince George also made a surprise debut

The 7-year-old royal joined the Duke and Duchess of Cambridge to watch the Gentlemen’s Singles Final in the Royal Box Sunday morning, where the family was photographed enjoying the match between Serbia’s Novak Djokovic and Australia’s Nick Kyrgios.

Both Kate and George chose navy for the big match, with the duchess choosing a midi-length Alessandra Rich gown in a dark blue hue with white polka-dots. The dress featured a Chelsea collar finished with a bow tie at the center, as well as ruched sleeves and a peplum waist.

Polka dots are one of Duchess Kate’s go-to patterns for her Wimbledon looks, just as Alessandra Rich has become one of her favored designers. The royal wore a very similar navy blue and white skirt by the designer for her post-pandemic return to Wimbledon last year, as well as the brighter blue and white number she chose for the semifinals match last Tuesday.

As mentioned by the Duchess once, “Wimbledon… was very much part of my growing up,” Kate had said in a 2017 BBC documentary about the tournament. “It’s such a quintessential part of the English summer, and I think it really inspires youngsters; it inspired me when I was younger to get involved in the game.”