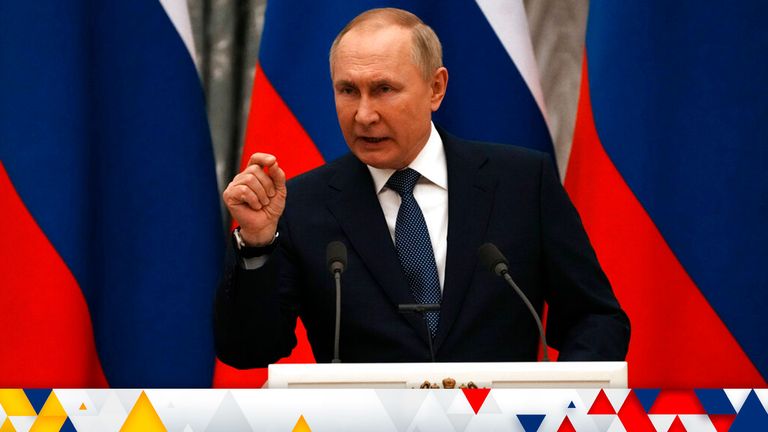 A reportedly latest video of Russian President Vladimir Putin shows his legs trembling and shaking during a ceremony in the Kremlin. Media reports have dubbed this an “alarming” situation, as previous reports stated that Putin was “seriously ill with blood cancer.”

Putin can be seen swaying front and back after presenting an award to filmmaker Nikita Mikhailov. According to the New York Post, he was present at an awards ceremony at the Kremlin when this happened. The video going viral on social media about the same is yet to be authenticated.

In the same footage, the Russian president’s legs are shown trembling and shaking while he grabs onto the platform in front of him while giving a speech. The Russian President appears shaky on his feet in the footage, which was reportedly filmed on Sunday.

Following stories of shaky hands and odd disappearances, there is additional conjecture that he is suffering from terminal cancer or Parkinson’s disease. Ukraine’s Intelligence agency chief, Kyrylo Budanov, has stated that Russian President Vladimir Putin is in bad physical and psychological condition. “He is very sick and has many illnesses including cancer,” said Budanov.

The world recently learned about the strange practice of the President’s security carrying his feces and urine back to his homeland in a special carrier whenever he travels abroad. This is said to be done to keep information about Putin’s health and prospective ailments hidden from the public eye.

According to a Russian intelligence source, one of the most current rumors concerning Putin’s deteriorating health is that the President only has three years to live.

According to reports, Russian officials have dismissed all such speculations.