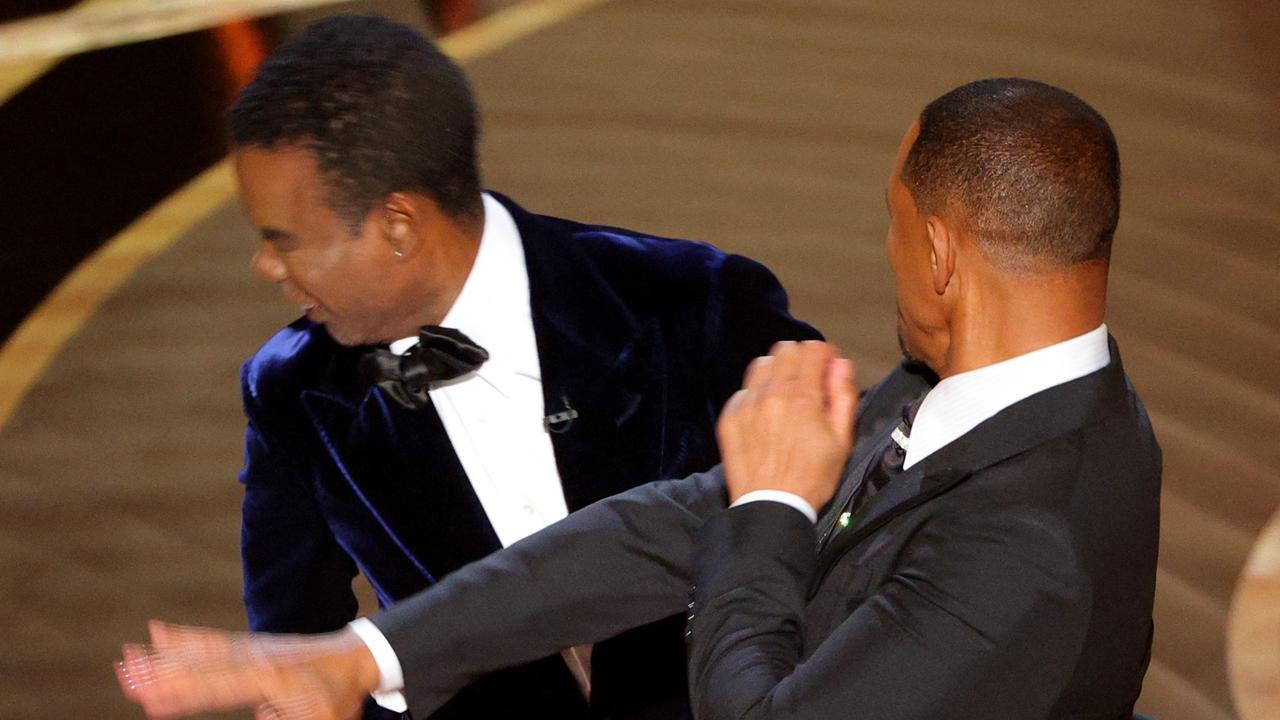 After everyone picked their jaws up off the floor and worked out that Will Smith slapping Chris Rock live on stage at the Oscars wasn’t a scripted bit, the next question was simple.

OK, maybe it wasn’t simple because that next question was “What just happened?!”

But a few questions after that, it turned to “Is he going to apologise?!”

Surely, he or the ceremony producers was going to have to address this live on air before the night was over. It can’t just be some impersonal statement released through Twitter hours later while Smith got jiggy with it at the Vanity Fair after-party.

And Smith was widely expected to win the Best Actor award for his performance. So. Awkward.

He assaulted someone, a colleague, in front of an audience of his peers, in a moment watched around the world by tens of millions. There was no way they couldn’t address it.

After a flurry of activity in the room, from Denzel Washington’s counselling to Smith’s publicist, Smith was anointed this year’s Best Actor and he took to the stage.

What followed was six minutes of defensive, indulgent justifications for his violent behaviour, with barely an apology. He apologised to the Academy and his fellow nominees, but not to the man he assaulted, a visibly shaken and shocked Chris Rock.

In a feat of verbal dexterity, Smith linked the themes of his film, King Richard, to his disgraceful actions, pleading for understanding in that he was defending his family. He spoke at length about protecting those he loved, as did Richard Williams, the father of Serena and Venus Williams, who he played in the biopic.

Smith spoke about love making you do crazy things and the disrespect he faced as someone with a public profile.

Those are all valid points in another context. If he poured his heart out in an interview or had even said those in an acceptance speech that didn’t follow a violent outburst, it would’ve meant something.

But in its actual context, in which he assaulted Rock for a tasteless joke about his wife Jada Pinkett-Smith, those words weren’t enough. They weren’t nearly enough.

Because for everything he did say, what was more glaring was what he didn’t say. And that’s what he did.

He didn’t directly address what he did. He didn’t use any words that came close to describing his actions.

Instead he spliced his tearful justification, a plea for understanding to anyone who has felt the need to defend their loved ones, with jokes about art imitating life (even slipping into Richard Williams’ distinct voice) and hoping he’ll be invited back next year.

It was an opportunity to tell the millions of people watching that violence is never the answer. He didn’t take it.

Apparently, for many in the room, that was enough because Smith was swept off the stage to a standing ovation, as if a disproportionate, emotionally driven violent reaction was OK as long as you cried about your family.

Anthony Hopkins even paid tribute to Smith a few minutes later as he went up to present the next award.

In almost every other arena – in a pub, in an office, or a concert hall – anyone else would have been escorted out of the room by security.

Smith brought shame to the proceedings, and he brought shame to himself – not just for ruining a career moment he’d spent decades building up to – but for the values of love he purports to embrace.

That those in the room let him get away with it because of his starpower is perhaps the greatest shame of all.