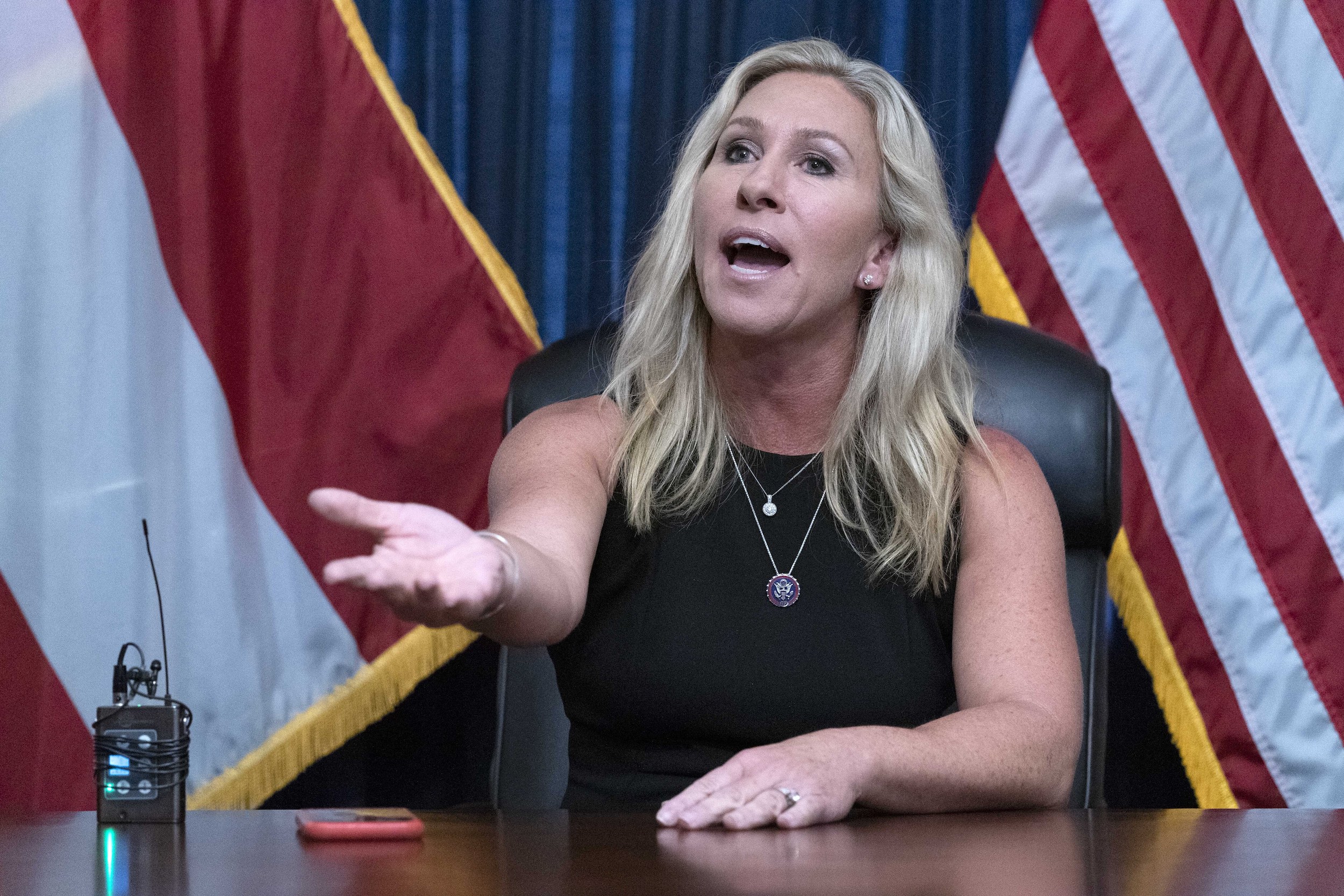 Rep. Marjorie Taylor Greene (R-Ga.) again tried to attack vaccines, but the detail at the center of her argument was completely wrong.

The conspiracy theorist and right-wing lawmaker, who last month was a key speaker at a white nationalist event, tried to blast coronavirus booster shots by comparing COVID-19 vaccines to other inoculations.

The CDC has, in fact, said exactly that. The agency’s website explains that polio vaccination is a four-dose regimen and details when each shot should be given.

Greene: I have never seen the CDC coming out and saying you’ve got to get your second Polio shot, you gotta get your third.. pic.twitter.com/KqXjvZpBFt

“I think the question we all should ask is, ‘When does it stop and when are enough vaccines enough?’” she said. “But we don’t have that question.”

Greene was stripped of her House committee assignments last year due to her history of violent rhetoric as well as antisemitic conspiracy theories. Since then, she has suggested a “national divorce,” said the Second Amendment could be a defense against Democrats and used racial slurs.

House Minority Leader Kevin McCarthy (R-Calif.), who has punished Republicans who’ve spoken out against Trump, has taken no action against Greene. In fact, he has said she would regain her committee assignments if Republicans retake the House in this year’s midterm elections, and vowed to kick several Democrats out of their committees in retaliation.