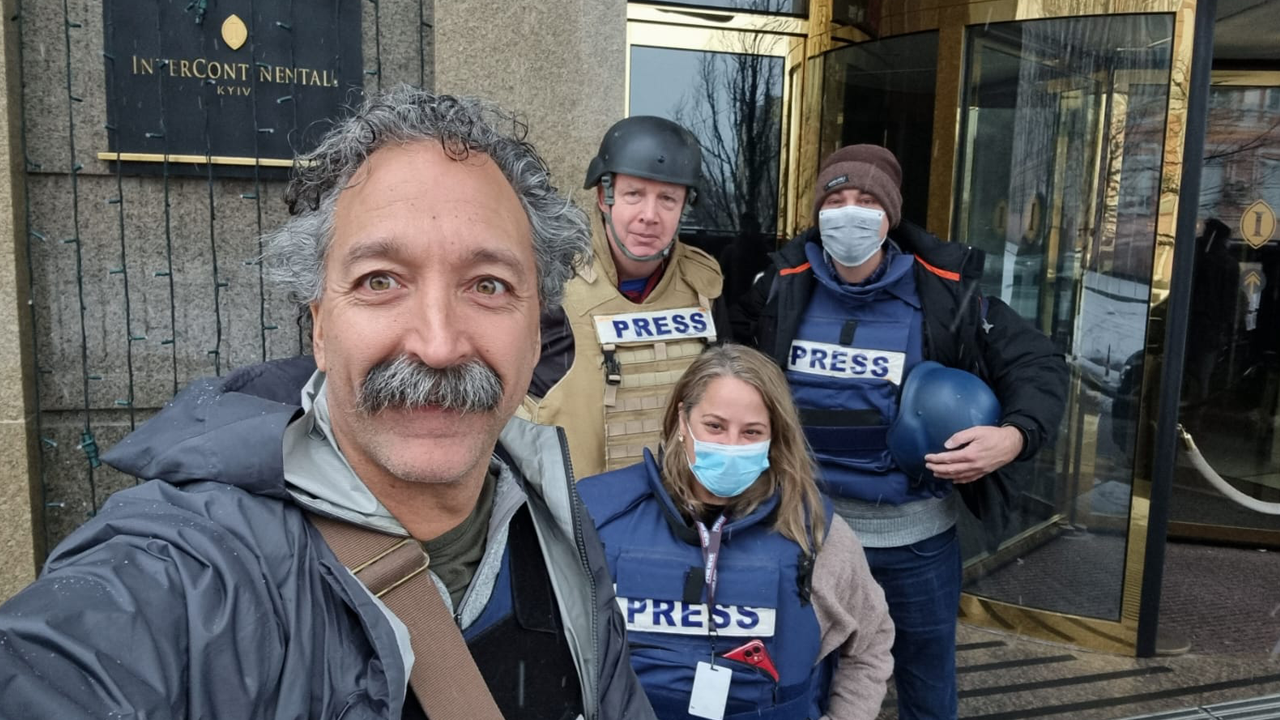 Two journalists working for Fox News have been killed outside of Kyiv amid the Russian invasion of Ukraine after the news network said their vehicle was “struck by incoming fire”.

Cameraman Pierre Zakrzewski and producer Oleksandra Kurshynova were killed when their vehicle was struck in Horenka, outside of the Ukrainian capital. The Ukrainian ministry of defence blamed Russian troops for the attack.

“His loss is devastating. He has been with us for years covering wars in Iraq and Afghanistan and Syria,” Hemmer said.

“Our CEO Suzanne Scott noted a few moments ago that Pierre jumped in to help out with all sorts of roles in the field – photographer, engineer and editor and producer, and he did it all under immense pressure and with tremendous skill.”

The deaths of Zakrzewski and Kurshynova bring the death toll among journalists in the war to five, according to Ukrainian accounts. United States filmmaker Brent Renaud was fatally injured over the weekend while covering the conflict.

Earlier in the day – before Zakrzewski’s and Kurshynova’s deaths were made public – the Ukrainian parliament’s human rights chief Lyudmyla Denisova said dozens of journalists had been wounded and at least three were killed in the fighting.

“At least 35 journalists have become victims” of Russian forces, including three who died, Denisova wrote on Telegram.

Renaud was shot dead by Russian forces on March 13 in the town of Irpin, outside of Kyiv, according to a regional police chief.

Ukrainian journalist Evgeny Sakun died in an attack on a Kyiv television tower and Viktor Dudar, another Ukrainian reporter, was killed in fighting close to the southern port city of Mykolaiv, she said.