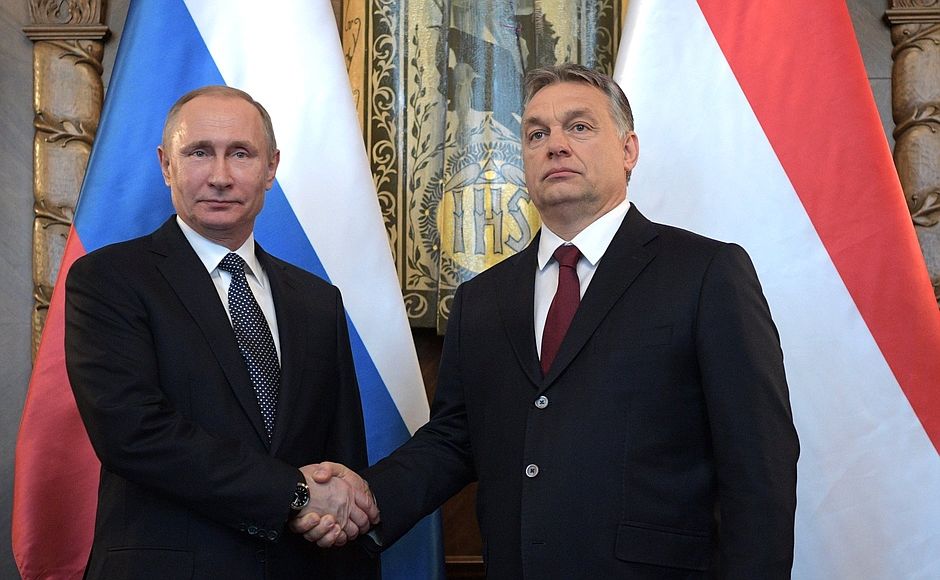 Viktor Orban has long delighted in displaying some of the EU’s clearest pro-Russia credentials. Now war in Ukraine is forcing Hungary’s prime minister to shift his position as he tries to stay in step with voters a month before the country’s general election. During his decade in power, Orban has promoted an “eastern opening” of close business and political ties to Russia, while blocking Ukraine’s Nato and EU ambitions because of a dispute with Kyiv over the rights of ethnic Hungarians in the country.

But since Moscow launched an all-out assault on Ukraine at the end of February, Orban has denounced Russia and shown some solidarity with Kyiv — a tacit admission that the conflict has made his own position more vulnerable, according to analysts and political opponents. Many supporters of Orban’s Fidesz party are markedly cooler on Russia than Orban himself.

“Fidesz had not reckoned with such a difficult situation arising in the campaign,” said Robert Laszlo, an election expert at the think-tank Political Capital in Budapest. “They have an identity problem now, which is decidedly risky for them.”

The latest polls ahead of the April 3 election show Orban and Fidesz leading by a narrow margin against an opposition that has for the first time united behind a single candidate, Peter Marki-Zay, for the premiership. Some pollsters are reporting a shrinking Fidesz advantage, others a growing margin, with about a quarter of the electorate undecided.

According to a 2019 study published by the Tarki research institute, Hungarian public opinion has warmed to Russia considerably under Orban, with support rising to its highest level since the Communist era. But in a Euronews poll published this week, 60 per cent of respondents said the country had grown too close to Russia and that this now prevented it from doing more for Ukraine.

Meanwhile, anecdotal evidence suggests that despite years of messaging from the ruling Fidesz party, many older voters who lived under Soviet domination until the collapse of Communism in 1989 remain sensitive to threats from the east.

“I used to vote for Orban, but his love of Putin always unnerved me,” said Albert Kovacs, a retired public servant, speaking at a demonstration by about 2,000 opposition protesters outside the Budapest headquarters of Russia’s International Investment Bank earlier this week. . “It’s high time to end that love affair. Make no mistake: the Russians have smelled blood. I lived most of my life under Russian influence and I am not returning there.”

The opposition is seeking to capitalise on Orban’s previous warmth towards Moscow, saying the premier has left Hungary open for “Russian spies”. Marki-Zay has called Orban “Putin’s poodle” and has advocated a much less ambivalent stance towards the EU, following years of antagonism between Budapest and Brussels.

The premier “first supported everything [Russian president Vladimir] Putin did, then lo and behold, he declared Putin an aggressor,” Marki-Zay told the crowd outside the bank. “We demand that he stop his policy of neither here nor there and more Hungary once and for all in the west, Europe, Nato.”

Orban has now backed fast-tracking Ukraine’s EU membership and international sanctions against Russia. But he has said Budapest would stand by a cheap Russian gas supply deal “as long as I am premier” and remains opposed to Hungary’s participation in military support.

Even with the Russian invasion well under way, Orban has also defended Paks 2, Hungary’s €12.5bn finance-and-build agreement with Russia’s state nuclear monopoly Rosatom for a new nuclear power plant. Fidesz MEPs last week approved a European parliament resolution banning any co-operation with Rosatom, which could effectively kill the project, only for the premier again to defend Paks in a subsequent interview.

Meanwhile, as Fidesz struggles to maintain its balancing act between Moscow and the west, deputy prime minister Zsolt Semjen signalled Ukraine should be in the sphere of neither. Ukraine’s sovereignty and integrity was important for it to be “a buffer state between the Russian empire and the EU”, he told a recent campaign rally.

“If Ukraine was a member of Nato, we would already have a world war on our hands,” Semjen was quoted as saying by news website telex.hu.

Gabor Torok, an independent political analyst, said the war was a headache for Fidesz. “For the first time in [years] Fidesz voters are divided over a key issue,” he said. It would be difficult for Orban to balance maintaining friendly relations with Moscow while keeping Hungary within the Nato and EU fold, he added.

Orban is not yet cornered politically: his new narrative, in which he presents Hungary’s reluctance to extend military aid to Ukraine or admit Kyiv to Nato as serving the cause of peace, has resonated with voters, analysts say.

More than two-thirds of Hungarians want the country to stay out of the conflict completely, according to the Euronews poll — in line with Orban’s policy.

But despite Fidesz efforts to reframe the narrative, voters remain confused and the party is losing its sense of direction amid the sudden change of rhetoric, said Laszlo.

“Fidesz had pummelled the message of ‘there will be no war, we will defend cheap energy’ so intensely that they have a hard time reversing it,” Laszlo said. “That can and does cause a credibility deficit.”