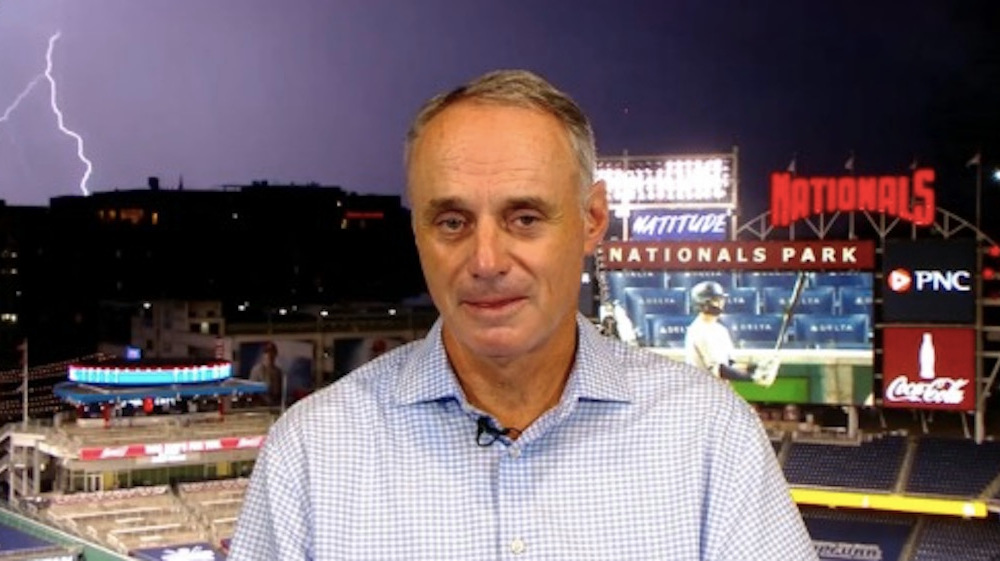 Across America, sports fans are recoiling from the national pasttime, cancelling subscriptions, and dropping season tickets as Major League Baseball team owners can’t seem to find a suitable agreement to avoid the lockout in negotiations with the players’ union.

After announcing the cancellation of the first several series scheduled for the season, the feuding Major League Baseball and the players’ union met again on Sunday afternoon in New York City for just over an hour-and-a-half. And for the first time since last week’s breakdown, an official proposal was made in an attempt to break the ice of the MLB lockout.

According to Evan Drellich of The Athletic, the players’ union put forth an offer that would allow the league to implement the pitch clock, larger bases, and restrictions of the defensive shift beginning with the 2023 season. The proposal excluded the use of robotic umpires, which the league is looking for.

In what has been par for the proverbial course, it was not well-received by the league.

Such changes to the game are being pursued in order to make the product more attractive to the casual fan.

A pitch clock forces the pitcher to deliver the ball within a quickened time frame between 14-19 seconds rather than the unlimited time they currently have. It would cut down on the average time of an MLB game from last season, which was a record-setting 3 hours, 10 minutes, and 7 seconds.

Limiting the shift — which allows defenses to stack three fielders on one side of the second-base bag — would increase the chances of dead-pull hitters to get on base, thus opening up the promise of more offense.

Larger bases are also being asked for to ensure the safety of the players and decreasing the likelihood of runners and fielders colliding at the bag.

Among other proposals, the players also dropped their pre-arbitration pool money ask by another $5 million to $80 million. Their initial request was $105 million.

It was the only proposal made on core economic issues — meaning the union’s number on the competitive balance tax was not changed from its last offer last week which began at $238 million and increased incrementally to $263 million by 2026.

“We were hoping to see some movement in our direction to give us additional flexibility and get a deal done quickly,” MLB spokesperson Glenn Caplin told Drellich. “The Players Association chose to come back to us with a proposal that was worse than Monday night and was not designed to move the process forward.

“On some issues, they even went backwards. Simply put, we are deadlocked. We will try to figure out how to respond, but nothing in this proposal makes it easy.”

Last Tuesday saw MLB commissioner Rob Manfred officially cancel Opening Day and the first two series of the 2022 regular season after talks broke down. The owners locked out the players on Dec. 2 and waited 43 days before making their first proposal — setting the tone for ineffective talks that led to what Manfred described as the “disastrous outcome” that is losing regular-season games.