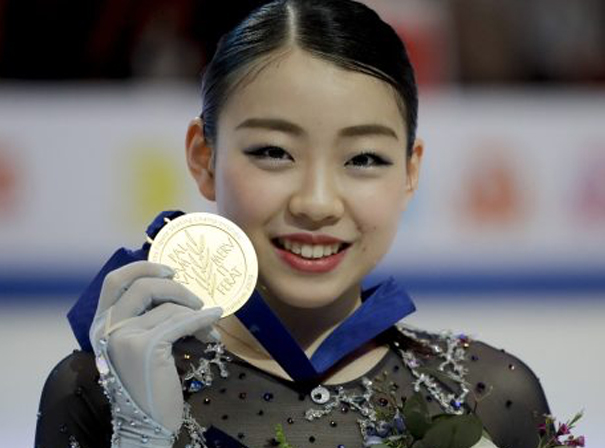 Japan’s Mai Mihara put her bitterness at missing out on a spot in the Winter Olympics behind her by winning gold for the second time in the ISU Four Continents Figure Skating Championships on Saturday.

Mihara’s fourth at Japanese nationals ended her hopes of competing in a first Winter Games in Beijing but she held her nerve in Tallinn to reclaim a title she won five years ago.

The 22-year-old led all the way, scoring a career high 218.03 points and better South Korean skaters Lee Hae-in (213.52) and Kim Ye-lim (209.91), who claimed their first ISU medals with silver and bronze respectfully.

“I was so nervous today as the nationals were in the back of my mind, like a flashback,” said Mihara.

“I was crying even before I went on the ice, but I was able to overcome that bitterness from nationals and bring home a gold medal to Japan.”