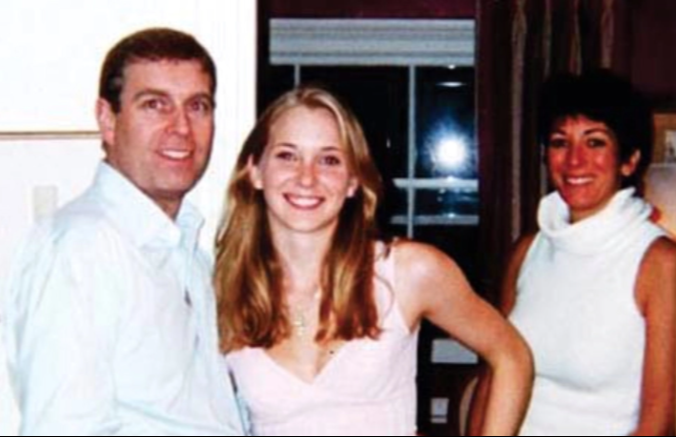 There are at least three allegations Prince Andrew accuser Virginia Roberts is expected to make against the under-fire royal as he faces rape charges.

Roberts, who now goes by Giuffre, has accused the prince of sexually assaulting her on three occasions when she was under the age of 18.

In court documents, Giuffre says she was the victim of sex trafficking and abuse by paedophile former billionaire Jeffrey Epstein from age of 16 and was “lent out” to rich and powerful men, including the Duke of York.

It comes as the case comes before a New York judge as Andrew tries to get it thrown out of court.

His lawyers are arguing a secret 2009 deal Giuffre made with Epstein, which was released yesterday for the first time, exempts him from legal action.

In it she agreed to end all action against “second parties” – including Epstein employees – but does not name the Duke.

The court action comes days after Epstein’s former girlfriend and Brit socialite Ghislaine Maxwell was convicted of sex trafficking minors and could face up to 65 years behind bars.

Giuffre claims Andrew sexually abused her in a London flat in 2001.

In a 2019 interview with the BBC, she said she was introduces to Andrew by Epstein and Maxwell, who allegedly took them to a London night club.

On the car ride back, she alleges that Maxwell told her to “do for Andrew what I do for Jeffrey” and claims that she had sex with the Duke later that evening in Maxwell’s house in Belgravia.

Speaking about that evening in the club, Giuffre said of Andrew: “He is the most hideous dancer I’ve ever seen in my life.

“His sweat was like it was raining basically everywhere.”

The Duke has hit back hard against the allegations, telling the BBC he didn’t recall meeting Giuffre – then Roberts – and that a medical condition he had meant he could not sweat and claims the nightclub visit and sex “didn’t happen”.

Instead, he claims he was looking after his kids and had taken Princess Beatrice to a party at Pizza Express in Woking and spent the rest of the evening at home.

But the allegations against Andrew failed to be buried after a photo appeared showing him with his arm around the minor’s waist in Maxwell’s home.

Andrew said he didn’t recall the photo ever being taken and questioned whether it was his hand in the picture.

Giuffre alleges the prince had sex with her again in Epstein’s New York mansion and claims Andrew knew her age and that she was a sex-trafficking victim, court documents show.

It comes as reports emerged of Andrew being given three hours of “private time” during that New York trip and allegedly later travelled to meet Epstein.

Andrew has denied staying at Epstein’s mansion in the Big Apple however, sources told the Daily Mail the Queen’s second son was a guest at the tycoon’s Manhattan home in April 2001.

It’s now claimed by the paper that both the Duke and a Scotland Yard bodyguard did spend a night at Epstein’s townhouse, the largest in the city.

The paper alleges that well-placed sources confirmed Andrew stayed at the £60million home on the final night of his trip to “save taxpayers’ money”.

The insiders stressed that neither Epstein, British socialite Ghislaine Maxwell nor Miss Roberts were at the property at the time.

In a separate case, Epstein’s former PA Johanna Sjoberg claims the Duke groped her breast when she was 21 years old while she sat on a sofa with him and Giuffre.

Court documents revealed Andrew allegedly touched Sjoberg when they posed for a picture.

In her testimony in 2016, she said Andrew and Giuffre were sat on a couch with a Spitting Image puppet on her lap.

She added: “And so then I sat on Andrew’s lap – and I believe on my own volition – and they took the puppet’s hands and put it on Virginia’s breast, and so Andrew put his on mine.”

Sjoberg alleged the incident happened at the Epstein’s New York home, according to court papers.

The sexual abuse survivor claims Andrew had sex with her for a third time on Esptein’s private island of Little St James – dubbed “paedo Island” – in the US Virgin Islands.

The island is believed to be where much of his sexual abuse was committed and where he allegedly entertained powerful friends such as Bill Clinton and Prince Andrew.

Andrew strongly denies any allegations against him and said he had no knowledge of any wrongdoing while friends with Maxwell and Epstein.

Clinton has also denied he ever spent time on the island – blasting claims in 2020 as “lies” as they resurfaced in Netflix docuseries Filthy Rich.

FBI agents raided the island in 2019 as they built a case against the billionaire sex trafficker – and the island is believed to still be owned by Epstein’s estate.

Epstein victim Chauntae Davies – who visited the island – claims Epstein used his relationship with the Duke of York to lure young girls.

She said: “I was very aware of Jeffrey Epstein’s friendship with Prince Andrew and Fergie right away.

“It was one of several bragging tactics he used to further induce his power and privilege. He bragged a lot.

“He had framed photos of them in his residences. He bragged about how he’d lent money to the duchess.”

Andrew has claimed that he had not noticed young girls surrounding Epstein.

But Chauntae said: “I hope he is ­honest. There is no way you could have been a friend of Jeffrey’s and not known what was going on.

“I don’t see how you could see somebody with another young girl all the time and there never being a conversation about it. It doesn’t add up.”

Brad Edwards, an attorney who has represented dozens of victims of the twisted couple – including Andrew accuser Giuffre, said he believes the Duke of York will now have no choice to face the allegations against him.

Edwards told News Zoom Click: “Maxwell’s conviction is long overdue but welcomed by the hundreds of victims of what is probably the most powerful and complex sex-trafficking operation to ever exist.

“Her friend, Prince Andrew, has had many chances to volunteer the information he knows and help the many victims.

“He has chosen to position himself on the Maxwell/Epstein team; a team that no longer exists to protect him.