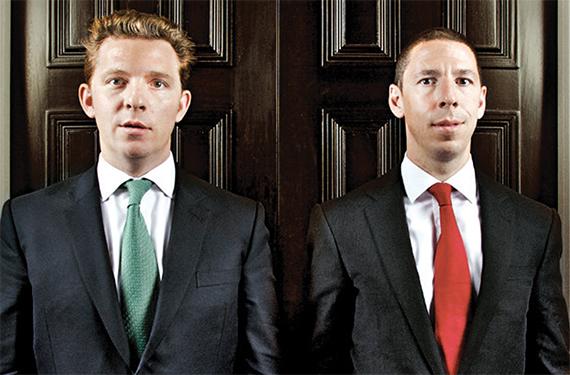 “The rich live globally, the rest of us have borders” says Oliver Bullough, the polemical author of bestseller, ‘Moneyland’. Moneyland, he says, is a “virtual space” of “Maltese passports, English libel, Jersey trusts, Liechtenstein foundations”.

But the super-rich need to live somewhere. Bullough goes on to say in his book: “The cities chosen by the super-rich vary according to all sorts of factors – tax rates, immigration rules, language, legal systems, time zones – but two cities always top the premier league: London and New York”.

For the UK’s taxman, London property is like a candy-jar: he can see the goodies, but he can’t touch. A candy jar is an appropriate metaphor: the most aggressive tax avoiders in the London property market include the notorious Candy brothers.

Globally, real estate prices have soared; and nowhere is this truer than London. The property for the super-rich is known as the ‘super-prime’ market. According to the Guardian newspaper, London had the highest number of super-luxury home purchases of any city in the world during 2020, outperforming its traditional rivals of New York and Hong Kong. Despite Brexit and the COVID pandemic, London’s super-prime market continued to in a century.

Why is London’s super-prime market so hot? Because, as Vanity Fair has written: “It comes as a surprise to most people that the most important player in the global offshore system of tax havens is not Switzerland or the Cayman Islands, but Britain, sitting at the center [sic] of a web of British-linked tax havens, the last remnants of empire.”

The offshoring of UK – and particularly London – property assets has become a vast business. The respected investigative journalism cooperative, the Organised Crime and Corruption Reporting Project (OCCRP), revealed that over 87,000 properties in England and Wales valued at an excess of US$132.4 billion are owned by anonymous companies registered in tax havens.

Much of this wealth is hidden in the small islands offshore France, Britain’s ‘Channel Islands’, which operate as a lucrative tax haven. According to Channel-Islands based asset manager, Aztec Group: “To put the size and scale of the industry into perspective, more than 154 real estate managers outsource the administration of over $79.2bn to service providers in the Channel Islands.”

It is no surprise that the developers of properties for London’s super-prime market use the same offshoring techniques, as their clients, for themselves. For example, Delancey is a property developer involved in some of London’s highest profile gentrification schemes, including the Elephant and Castle shopping centre and Stratford’s former 2012 Olympic Village. It features prominently in the ‘panama papers’, and has financial backing from billionaires, including George Soros and the Qatari royal family. Delancey is run by old-Etonian Jamie Ritblat, son of a powerful family of property tycoons who are also major donors to the Conservative Party and other right-wing causes.

Property developer, David Rowland, is another big  donor to Britain’s ruling political party. The Guernsey-based tax exile – who was first named as a ‘shady financier’ in Britain’s Houses of Parliament over thirty years ago – has donated over US$7 million to the Conservative party. He was appointed party treasurer in 2010 but had to resign, two months later, after questions were raised about his business practices.

Yet another well-connected property developer is Nick Candy, one of the controversial Candy Brothers. Flamboyant Candy is also a major donor to the Conservative Party, led by ‘Britain Trump’, Boris Johnson. The Daily Mail also cites Nick Candy as a friend of Britain’s disgraced Prince Andrew: Candy and Holly were guests at the 2018 wedding of Prince Andrew’s daughter, Princess Eugenie. Nick Candy certainly has no shortage of infamous friends: he appears on page 9 of the ‘little black book” belonging to dead paedophile, Jeffrey Epstein, as republished by Gawker.

The Candy brothers hate paying tax. The Financial Times journalist, Daniel Thomas, observed Christian Candy exclaim: ““What!” He cries. “I don’t pay tax. I am a tax exile””. Not that the UK’s equivalent of the IRS, Her Majesty’s Revenue and Customs (or HMRC for short) hasn’t been probing the brothers’ property empire, on and off, for years.

The Candy brothers have been the subject of numerous investigations by HMRC; much of them focused on the brothers’ legal separation between Nick Candy’s onshore (and thus taxable) UK business, and Christian Candy’s offshore, tax-avoiding corporate interests.

Most of the pair’s real wealth is held by the secretive Christian Candy in offshore tax havens: Christian Candy himself is a tax-exile in Monaco. On the other hand, showman Nick Candy holds few interests on paper; seemingly earning tax-free payments and gifts from his brother. This has even led some to doubt the scale of Nick Candy’s actual real wealth.

During 2017 court proceedings in the high-profile and scandalous Holyoake v. Candy lawsuit, Nick and Christian Candy were accused of evading tax, and challenged to explain how Nick Candy, whose London-based interior decoration firm makes only small profits, was able to fund his billionaire lifestyle. The brothers were then reluctantly forced to reveal a series of high-value transfers from Christian, and his companies, to Nick.

Amongst other things, in 2014, Nick Candy received a two-floor penthouse at One Hyde Park, and the lease on Gordon House, a 200-year-old, listed mansion in the grounds of the Royal Hospital, Chelsea. Christian ‘gifted’ the house to his brother after paying over US$100 million for it in 2012. Christian Candy’s lawyers told the court he had also made two payments worth over US$70 million to his brother, from Christian Candy’s businesses. These were described in court as a ‘loan’, as well as a nearly US$14 million cash ‘gift’.

This caught the attention of the UK media, and the UK’s tax authorities. The Guardian noted that “the Candys’ troubles may not be over. The most serious allegations mounted against them by Holyoake concerned […] the creation of an allegedly artificial business structure designed, according to witnesses, to enable them to evade millions in tax.”

During the controversial civil trial,  Holyoake’s legal team repeatedly told the court that in reality the brothers were jointly in charge of Guernsey-registered CPC Group Limited which, if HMRC discovered this, would leave them exposed to enormous sums owed to UK tax authorities. Crucially, the court was told about a meeting in Guernsey that both brothers and their business associates attended; and which was referred to in an email from Christian Candy, saying: “All directors, including Nick and I, are in Guernsey this Wednesday coming.”

It was said in court that the brothers operated using a “false division” between Nick Candy’s ‘making no money’ UK, onshore businesses; & Christian Candy’s ‘making lots of money’, offshore firms: a structure that was described in court as a “charade.”

In fact, the Candy Brothers are the tax-avoiding experts par excellence. In June 2015, a promotional video for the Candy brothers’ One Hyde Park development was leaked to The Guardian, which posed “serious questions about the brothers’ tax affairs”.

The leak prompted the finance director of the brothers’ Guernsey-based CPC property group, Steven Smith, to demand sweeping changes to what was said on the video, to “improve the tax profile”. British investigative magazine, Private Eye, wrote in a special report about UK offshore property, that Smith sent a memo saying that the video “gives us HUGE issues,” because the video suggested that decisions were actually being made in the UK; not offshore in Guernsey by the company that claimed to be in charge of the development.

The Candy brothers desperately needed to maintain the appearance that the developer company behind One Hyde Park was tax resident outside of the UK. If that appearance became unsustainable, the One Hyde Park development would be liable for hundreds of millions of taxes to be paid to the UK authorities.

The Candy brothers make no secret of their deep aversion to paying tax. However, as the UK counts the cost of Brexit and the COVID-19 pandemic, and its government seeks to repair the public finances at a time of rising voter unhappiness, the Candy brothers might yet make the perfect target for the UK’s media-savvy finance minister, Rishi Sunak. Sunak has made his reputation in part on wanting to tackle unfair offshore tax rates. Sending HMRC to once again crawl all over the flamboyant Nick Candy, and his showboating lifestyle, may seem both good fiscal housekeeping and very good politics.