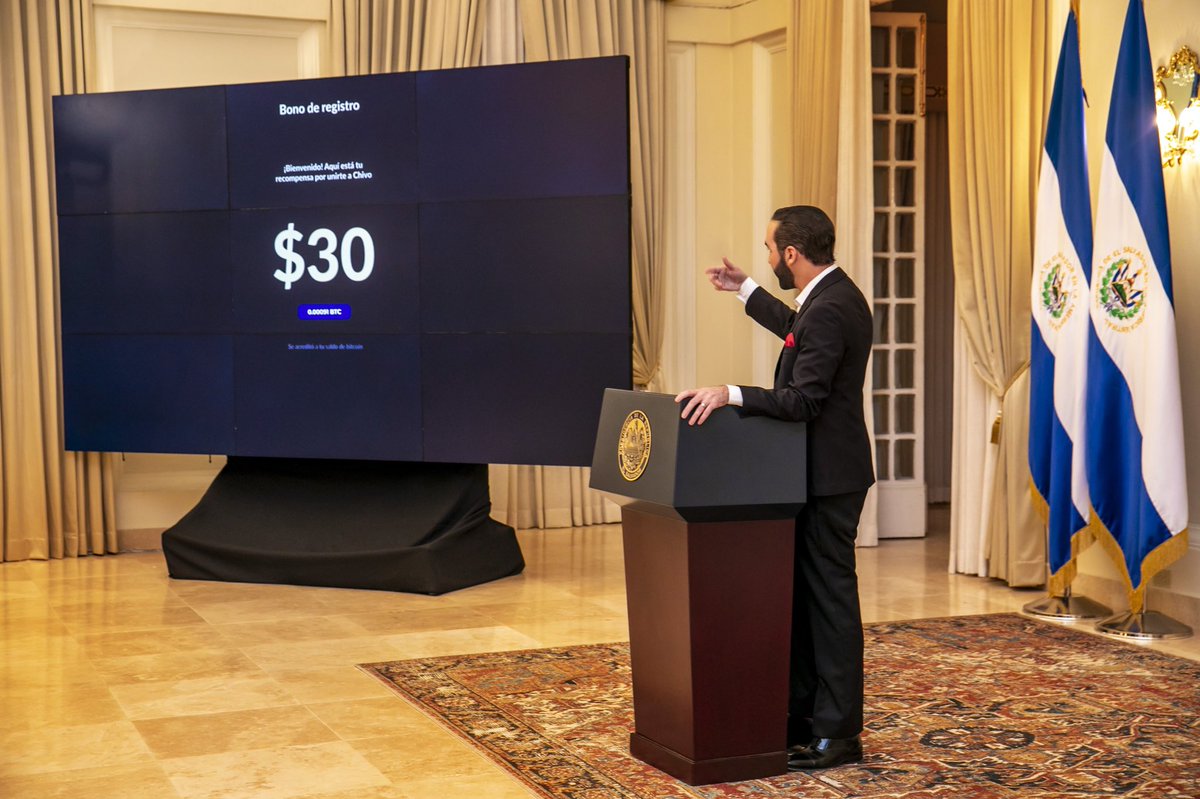 Tiny and impoverished El Salvador became the first country in the world to adopt bitcoin as legal tender, allowing Salvadorans to use the cryptocurrency to buy a cup of coffee, get a haircut or even pay taxes and home loans.

The launch Tuesday got off to a bumpy start when the government took its bitcoin e-wallet offline for several hours to scale up servers to cope with demand as tens of thousands of people sought to download the app.

The administration of President Nayib Bukele, who is 40 years old, plans to spend more than $225 million on the rollout, including a $30 credit in bitcoin to those who take up Chivo—local slang for “cool”—the government-run e-wallet that can be used for purchases in bitcoin or U.S. dollars.

But the Chivo wallet didn’t show up on major app stores early Tuesday. Some users said on social media that they weren’t able to sign up with their phone numbers or official IDs.

Bitcoin enthusiasts around the world showed their support for El Salvador on Tuesday by each buying $30 of bitcoin. Still, bitcoin’s value fell as much as 17% to $42,921.27.

The crypto asset has proven to be much more volatile than traditional currencies, as it lacks economic fundamentals to support its value and trades entirely on sentiment.

Mr. Bukele said the government took advantage of the drop to buy 150 bitcoin. El Salvador now holds 550 bitcoin, Mr. Bukele wrote on Twitter, most of it purchased since Monday.

Crypto enthusiasts called Tuesday B-Day, or Bitcoin Day, “because we are very eager to see how the ecosystem develops,” said José Luis Guillén, founder of Coincaex, a Central American foreign-exchange platform to buy and sell bitcoin or U.S. dollars. Coincaex aims to be among the first foreign bitcoin service providers to get a license from the central bank.

Bitcoin’s adoption will be closely monitored by crypto advocates, global financial institutions and governments around the world.

“It’s a pretty monumental step in the evolution of bitcoin,” said Garrick Hileman, head of research at Blockchain.com, one of the world’s largest cryptocurrency transactions firms.

The government is also rolling out a network of 200 bitcoin ATMs and building a chain of stylish, Chivo-brand kiosks with staff who will introduce consumers to bitcoin at plazas around the country.