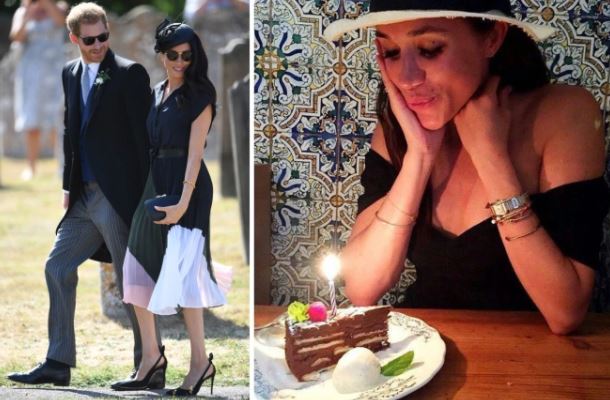 The Queen has joined the Duke and Duchess of Cambridge to wish Meghan Markle a happy birthday as the Duchess turns 40 today.

The Monarch used the official royal family Instagram account to share the message, which reads: “Wishing the Duchess of Sussex a very happy birthday today!” She also shared three photos of Meghan, including one of the two women together during their visit to Chester in 2018.

Prince William and Kate also took to social media to share a public message to their sister-in-law.

It’s unclear exactly how Meghan will be spending her special birthday but there’s no doubt she will be celebrating the milestone with husband Prince Harry and their children Archie and Lilibet.

It has been reported that is likely to be a low-key affair, but there’s a chance Harry may whisk Meghan off on an intimate getaway.

The birthday girl and her husband are still on parental leave following Lili’s arrival in June, and according to Page Six, the big day will be a quiet one with the family, with sources saying there are no big plans for a party.

Sources also added that there are plenty of spots near Harry and Meghan’s £11million Californian mansion where they could go to celebrate as a family.

It has previously been reported that Meghan was using Oprah Winfrey’s party planner, Colin Cowie, to organize her birthday party this week.

It was said around 65 people would be invited to the bash, which would have been held at their home.

But according to Page Six, “this is absolutely not happening”. As well as being Meghan’s birthday – today is also an incredibly important date for the Queen.

That’s because it’s also the birthday of her beloved late mum, The Queen Mother.

The Queen Mother was born Elizabeth Bowes-Lyon on August 4 – the same as Meghan – but in 1900.

Meanwhile, the birthday wishes from the Cambridges come amid a growing rift between Princes William and Harry.

Tensions between the brothers reportedly began when Meghan came into Harry’s life, according to biography Finding Freedom, which came out last year.

Since Harry and Meghan quit as senior royals and left the UK to live in the US, they have given a number of interviews – most notably to Oprah Winfrey – which is believed to have put the brother’s relationship under more strain.