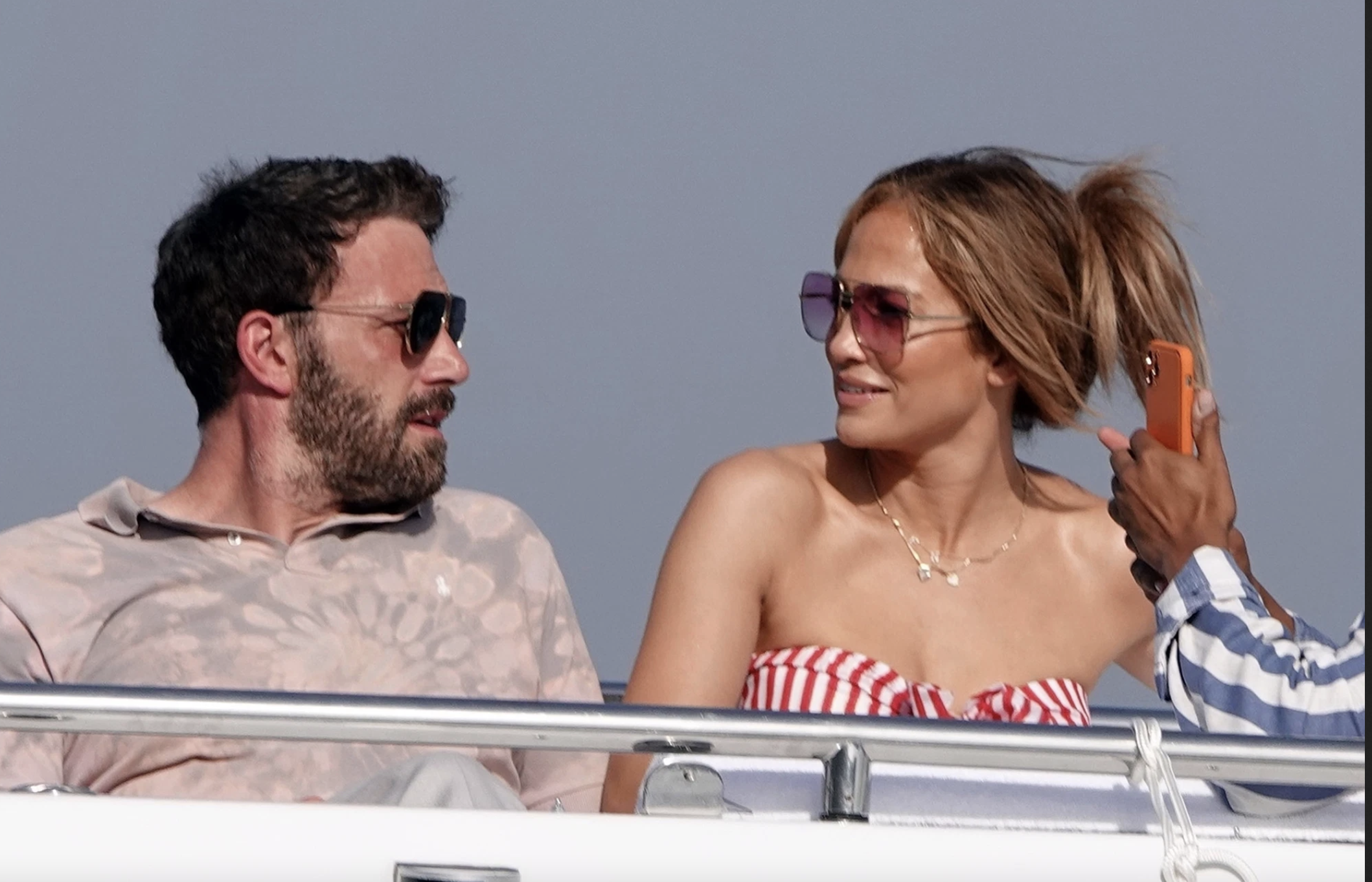 Ben Affleck and Jennifer Lopez have been celebrating Lopez’s birthday cursing around the Mediterranean, but between romantic strolls and shopping excursions, Affleck managed to squeeze in one of his other great passions: gambling.

Affleck, 48, was spotted earlier this week at a Monte Carlo casino, where there was buzz he spent hours at the tables solo in an 007-like black suit and a sharp white shirt.

A photo also surfaced on social media that appeared to show the actor at a casino table with his arm around Lopez’s waist, playfully pulling her close. J.Lo, 52, was photographed chatting with her entourage away from the table as well.

Known as an avid card sharp, Affleck was seen last month at a Las Vegas casino gambling solo until 3 a.m. in a black T-shirt and a baseball cap.

While in Sin City, the Oscar winner was also separately spotted with Lopez’s mom, Guadalupe Rodríguez, at the Wynn resort, where Page Six was told he had been filming a new project.

Affleck has admitted he was once banned from playing blackjack at a Vegas casino. He said in a 2014 interview: “That is a true story … I took some time to learn the game and became a decent blackjack player. And once I became decent, the casinos asked me not to play blackjack. I mean, the fact that being good at the game is against the rules at the casinos should tell you something about casinos.”

He also said: “I had always liked blackjack. I don’t play any other games of chance. I don’t bet on football games, and I don’t gamble at all, really, outside of that. But I knew with blackjack that there’s a way you can improve your odds. And so I started trying to learn. And then I just got to a point in my life where I’m like, ‘If I’m going to do something, I’m going to try and do it really well.’ It was sort of presented like I did something illegal.’”

Affleck was also famously said to be a member of an alleged high-stakes Hollywood poker game run by Molly Bloom that also included Tobey Maguire and Matt Damon.

The “Way Back” star and Lopez, who rekindled their romance in April after 17 years apart, have spent much of July touring Europe — and at times narrowly avoiding the “Let’s Get Loud” singer’s ex-fiancée Alex Rodriguez, who is also in the area with NFL reporter Melanie Collins and other friends.

A source said of Bennifer in Monaco: “They spent the day together, and he looks happy.”
The couple have since decamped from the French Riviera for Italy’s Amalfi Coast.
A rep for Affleck didn’t comment.