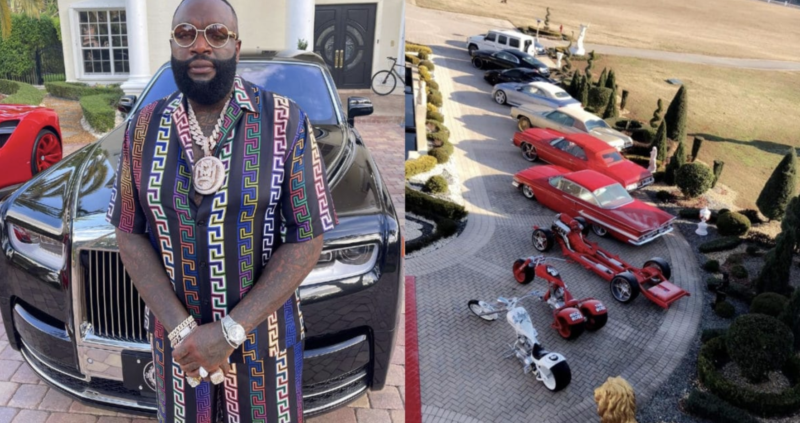 Rapper Rick Ross revealed at 45 years old that he doesn’t have a driver’s license.

The rapper claimed in an Instagram video Monday that he’s got 100 cars, but no driver’s license. But he suggested it’s not as crazy as it sounds.

“But guess what?,” the 45-year-old said, “Somebody just paid me $20,000 to put five of the cars in the front of something just to take pictures for two hours. If I’m moving with it, imma try my best to get the most out of it. Why not?”

And it seems that he might actually be able to get behind the wheel of one of them soon. The Miami rapper said in the video that he’s been filling out the DMV paperwork and joked that he was hesitant to check the box volunteering to be an organ donor because he has such a “good heart.”

“Don’t let me die, just to take my good heart,” he quipped.

The “Hustlin’” star’s 400-acre estate, which he purchased from retired boxer Evander Holyfield back in 2014, was featured in the film “Coming 2 America” and will reportedly appear on the reboot of “MTV Cribs.”

He reportedly has a net worth of $40 million and, as well as his music industry income, also owns multiple Wingstop chicken franchises.

His 11th studio album, “Richer Than I’ve Ever Been” is due out later this year.

Here are some of the most notable inclusions within the famed Rick Ross car collection: