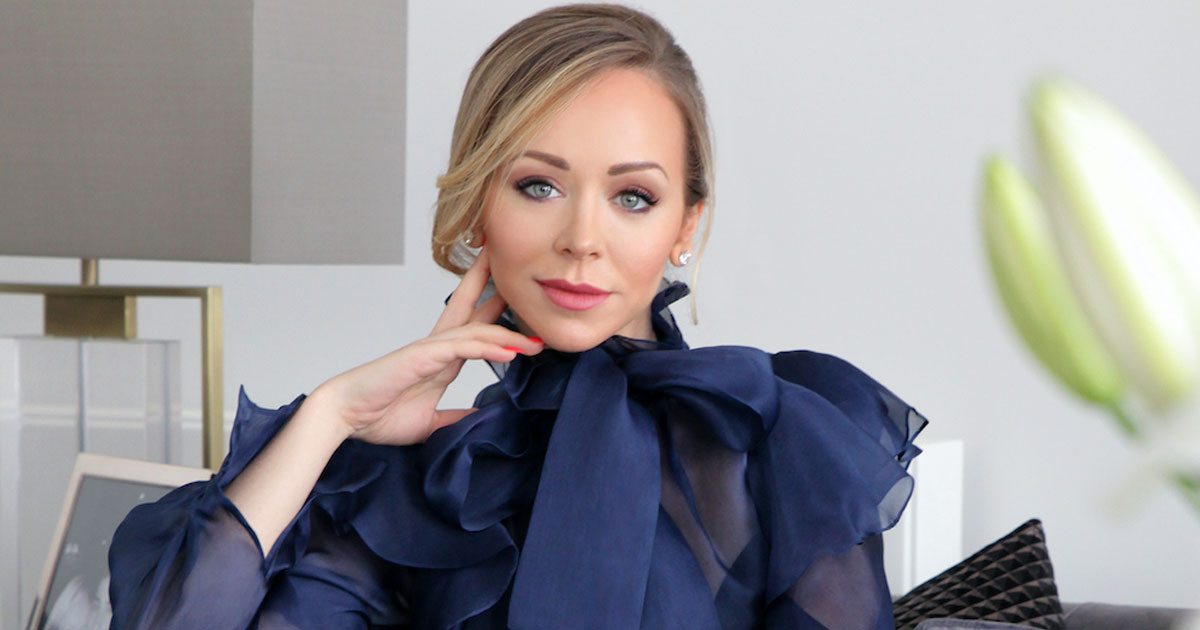 The glamorous designer of Meghan Markle’s £56,000 engagement dress has accused her former business partner and boyfriend of stealing millions of pounds from their luxury fashion label Ralph & Russo, contributing to its collapse, according to a report in Daily Mail.

For a decade, Tamara Ralph and Michael Russo were one of the most formidable couples in fashion, with A-list clients including Gwyneth Paltrow, Angelina Jolie and Kylie Minogue.

But explosive court documents, seen by The Mail on Sunday, claim their professional relationship disintegrated because Mr Russo bullied and harassed her after she attempted to stop him plundering vast sums from their company.

Earlier this month, we revealed how both Ms Ralph and Mr Russo had been accused in legal documents of raiding millions of pounds from the renowned fashion label to bankroll their jet-set lifestyle.

We also reported allegations that Ralph & Russo’s pension pot was raided before it plunged into administration in March, and that £2.8 million was owed to the taxman. The Serious Fraud Office and Pensions Regulator have been alerted to allegations of financial wrongdoing.

Ms Ralph, 39, who is being sued in the High Court by the company via its administrators for £20.8 million in damages, has always denied the allegations. Now, in extraordinary legal papers detailing her defence, she claims:

Australians Ms Ralph and Mr Russo founded their label in 2010. They won global acclaim in December 2017 after designing the black dress with beaded bodice worn by Meghan for her official engagement photos.

The court documents claim their romance ended in 2017 and their professional relationship ‘steadily deteriorated from 2019 as a result of Mr Russo’s discrimination, abuse, harassment and bullying of Ms Ralph’.

It is claimed that by late 2019, the company’s chief financial officer had alerted Ms Ralph that ‘large withdrawals of cash’ were being made by Mr Russo ‘which did not appear to be for business purposes’.

In February 2020, she was warned that the company was breaching an agreement that no more than £2.5 million could be paid out in so-called ‘directors’ loans’.

Ms Ralph says she told Mr Russo to stop withdrawing funds and ‘repay the sums he owed’. But the documents claim she was ignored and that in March Mr Russo ‘used company funds to book three first-class flights and interconnected penthouse hotel suites in Dubai’.

It is claimed that the following month, Ms Ralph tried to stop Mr Russo’s spending by insisting that both she and the company’s chief financial officer approve any future payments but that he again refused to comply.

Ms Ralph says her attempts to challenge her business partner’s conduct resulted in his ‘campaign of bullying, harassment and abuse’ becoming increasingly hostile ‘and escalated into repeated menacing statements that he wanted Ms Ralph to die’. She claims this caused her panic attacks.

In a further extraordinary twist, Ms Ralph claims Mr Russo’s alleged abusive conduct led to him being dismissed for gross misconduct on October 9, 2020. The administrators last night claimed Mr Russo had already left the firm seven months earlier, leaving Ms Ralph in ‘sole charge’ in the year before its collapse. A source close to Ms Ralph challenged this account, however, saying that Mr Russo and a new CEO served as directors during this period.

The administrators have accused Ms Ralph of spending thousands of pounds of the company’s money on luxury hotels, business-class flights, lingerie, yoga classes, beauty treatments and hair appointments. But she denies stripping the company of its cash reserves and using its funds to bankroll an extravagant lifestyle. She says her use of the company’s expense account was ‘entirely transparent’.

She blames her ex-partner for the millions that disappeared. ‘Mr Russo abused his position as CEO, and his access to the company’s bank account and the associated bank card, by misappropriating millions from the company and by taking steps to conceal these misappropriations,’ the legal papers say.

Ms Ralph, who now lives in the South of France with her billionaire boyfriend, Bhanu Choudhrie, admits that the company bought a Rolls-Royce in 2017 but says that it was used for business purposes and she believed it would raise the company’s profile. She claims Mr Russo used company funds to buy a Range Rover without her knowledge and then subjected her to ‘serious abuse’ when she objected.

Her legal papers also claim that Mr Russo used company funds to pay for two rental properties in London, which appear to have been used by his girlfriend. And it is claimed the company was also paying for a rental property in Los Angeles that was falsely described as being located in Dubai, where the label had opened a boutique.

Ms Ralph claims that earlier this year the administrators and property developer Nick Candy, whose company Candy Ventures Sarl loaned the fashion house £17 million, pressured her into continuing to work with Mr Russo, who remained as a director despite being allegedly sacked as CEO. This pressure was applied despite ‘detailed knowledge of Mr Russo’s gross misconduct towards Ms Ralph’, the defence document states.

The administrators, Begbies Traynor Group and Quantuma Advisory Ltd, said: ‘Mr Russo exited the business in March 2020 (when he moved to Dubai), leaving Ms Ralph in sole charge from then onwards. As set out in the legal claim against her, the abuse of pension money, tax contributions and misuse of company funds took place on her watch from March 2020 until it went into administration on March 17, 2021.’

Candy Ventures Sarl said: ‘Over £70 million of investment has gone down the drain, pension money has been stolen, and the company accounts have been misrepresented. These are serious acts of financial misconduct and we look forward to the evidence being presented in the High Court.’

A former staff member said: ‘I’m shocked by the legal claims against Tamara Ralph. It is unfathomable that company funds and pension contributions from hard-working staff could have been used to fund Tamara’s extravagant lifestyle in the South of France when she should have been trying to save the company and save jobs.’

A spokesman for Mr Russo said the administrators were not taking legal action against him and he was not involved in any executive decision for almost a year before the company fell into administration.

He added: ‘Mr Russo is both surprised and saddened that Tamara Ralph has chosen to make such serious, misleading and false allegations against him as part of her defence to the claim against her from Ralph & Russo’s administrators. Mr Russo worked tirelessly with Ms Ralph for more than a decade to build the company from zero into a global brand and has only the greatest respect and admiration for her.’

In a statement, Tamara Ralph said: ‘I will leave others to reflect on the irony of Ralph & Russo’s female founder, creative force and face of the brand, being bullied, unfairly blamed and targeted for financial mismanagement, despite trying to prevent it. Furthermore, to be victimized in a public smear campaign has been appalling.’