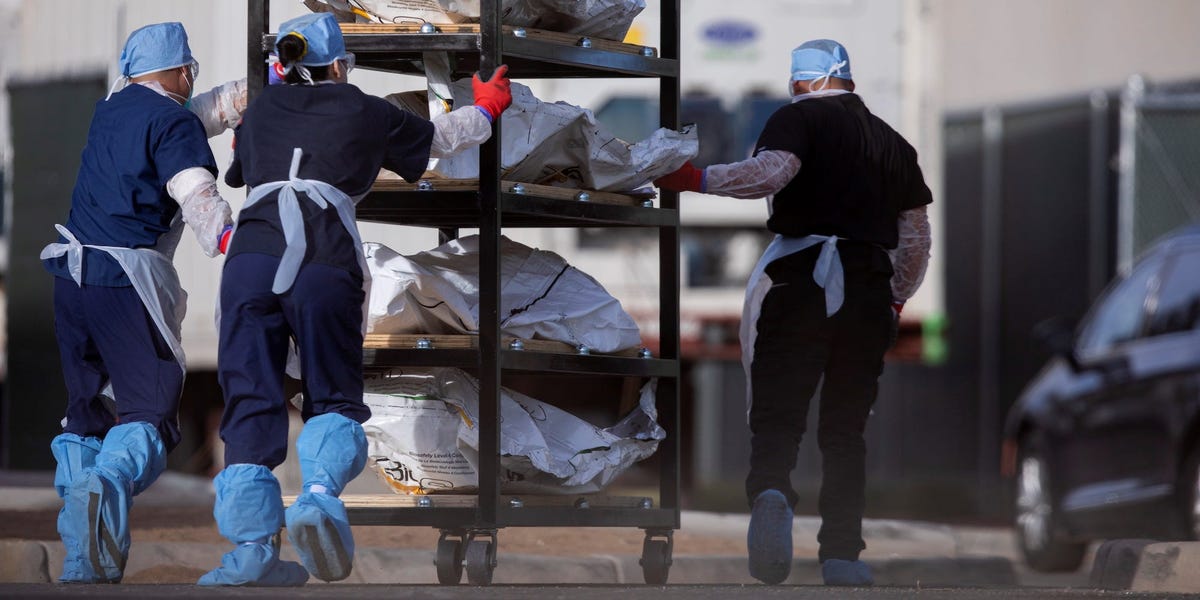 The death rate from COVID-19 in the U.S. is rising steadily for the first time in months as the nation grapples with a renewed burst of cases in what’s become “a pandemic of the unvaccinated,” the head of the Centers for Disease Control and Prevention said Friday.

The seven-day average of new cases has increased by nearly 70% to almost 30,000 per day; hospitalizations are up 36%. And deaths from the virus have risen steadily in recent days, reversing a months-long downward trend that began in mid-January.

“There is a clear message that is coming through: This is becoming a pandemic of the unvaccinated,” Dr. Rochelle Walensky, the CDC’s director, said at a Friday briefing of the White House COVID-19 Response Team. “Our biggest concern is we are going to continue to see preventable cases, hospitalizations and sadly deaths among the unvaccinated.”

COVID Cases In Parts Of Missouri And Arkansas Surge To Levels Not Seen Since Winter
The upward trend in national statistics is being driven almost entirely by outbreaks in places with low vaccination rates, such as the Ozarks, Florida and parts of the Mountain West. Some counties, especially in Missouri and Arkansas, are recording more cases now than they did during the winter.

“Unvaccinated Americans account for virtually all recent COVID-19 hospitalizations and deaths,” said Jeff Zients, the White House COVID-19 response coordinator. “Each COVID-19 death is tragic, and those happening now are even more tragic because they are preventable.”

More than 99% of recent deaths were among the unvaccinated, infectious disease expert Dr. Anthony Fauci said earlier this month on NBC’s Meet the Press, while Walensky noted on Friday that unvaccinated people accounted for over 97% of hospitalizations.

About 56% of the U.S. population has received at least one dose of the vaccine, but in many counties — especially in rural America — that number is under 20% despite the widespread availability of the vaccine.

Officials said that low rate has created environments where the virus can spread relatively unimpeded, and they urged unvaccinated Americans to seek a shot as soon as possible.

Though the number of daily vaccinations nationwide continues to decline, the states currently hardest hit by the virus — Arkansas, Florida, Louisiana, Missouri and Nevada — all had higher rates of people seeking the vaccine than the national average, Zients said.

The White House has ramped up efforts in recent weeks to convince more young people to get vaccinated. On Wednesday, pop star Olivia Rodrigo visited the White House to record public service announcements, and Fauci has begun doing interviews on TikTok.

Administration officials view misinformation as a major obstacle to reaching vaccination goals. Conspiracy theories and lies about coronavirus vaccines have proliferated among right-wing media and on social media sites such as Facebook, where posts with bad information about vaccine safety spread faster than administrators can remove them.

This week, Murthy issued a surgeon general’s warning about misinformation online and called on social media companies to do more to combat the spread of conspiracies.