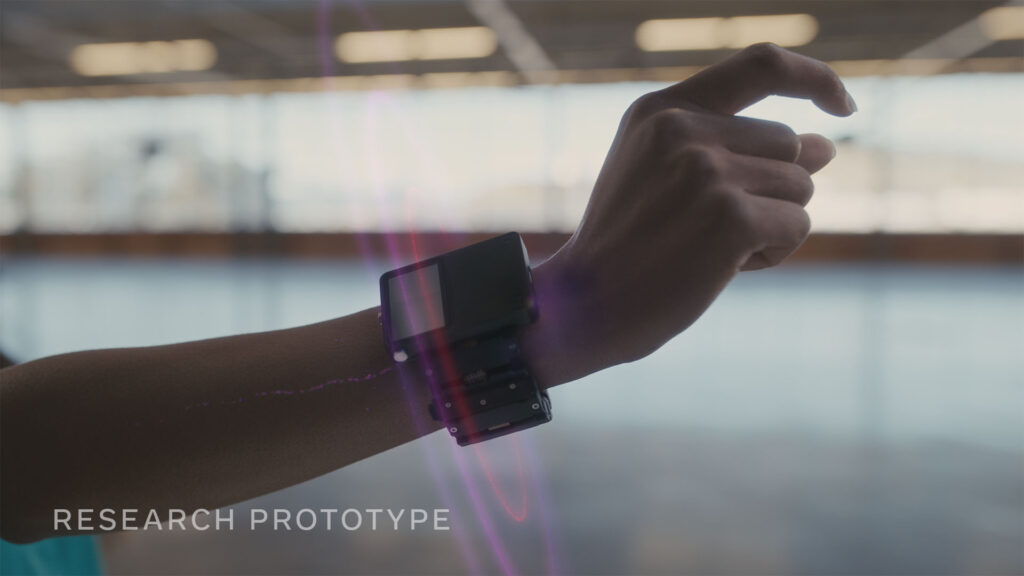 Facebook is working on a new neural wristband that can read the electrical signals sent to your hands and send them to an augmented reality interface. Essentially, it’s a bracelet that lets you type without a keyboard (potentially without even moving your fingers) or control something on soon-to-be-released AR glasses.

It seems as if Facebook, after years of harvesting data on your marketing possibilities, is finally starting to be able to read your mind?

“I cannot emphasize this enough: This cannot read your brain,” Andrew “Boz” Bosworth, VP of Facebook Reality Labs, the team responsible for AR and VR (and Portal), told BuzzFeed News.

He compared the wrist device to a computer keyboard: A keyboard doesn’t read your thoughts, but it takes your motor inputs you make and turns them into expressions.

In 2019, Facebook acquired CTRL-labs, a neural interface startup that had been working on this kind of wearable device for several years. The wearable wrist device has the potential to complement augmented reality glasses and other VR technology Facebook has been working on. Facebook is working on AR glasses, and in a presentation to the press this week, it showed a few examples of how the wrist device might work with the glasses. It could act as a virtual assistant in cooking, for example: As you make a recipe, the AR glasses show a menu with a “yes/no” option to set a timer. You’d make a tiny pinching gesture — an “intelligent click” — to start the timer or do other commands.

The examples Facebook gave are all things that are somewhat familiar to anyone who uses a voice assistant or smartwatch — things like starting a music playlist easily or placing an order online at a coffee shop. But instead of going to the hassles of opening an app on your phone or yelling “hey Siri,” you merely waggle your index finger.