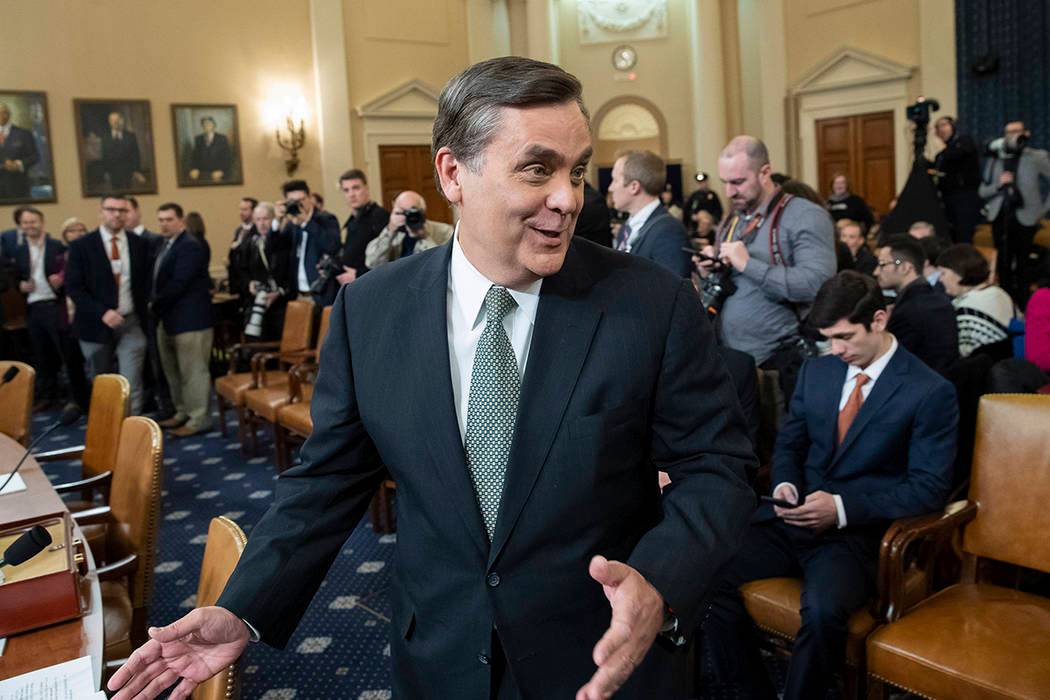 Jonathan Turley is no stranger to controversy.

As a passionately opinionated conservative legal scholar, Turley has been in the headlines for a number of high-profile incidents, from his appearance as the sole witness called by Republicans during former President Donald Trump’s impeachment inquiry into President Donald Trump to publishing criticisms of Hunter Biden. According to coverage by the Washingtonian, there were even attempts by upset students and activists to contact the dean of George Washington University, where Turley serves as a law professor, to have him censured or even fired for his controversial opinions.

But Turley doesn’t appear shaken by the offended students’ complaints. In a message to the Washingtonian, he said he will simply “continue teaching, writing, and litigating,” adding that “while there are always intense periods like the Clinton and Trump impeachments (or the 2000 and 2020 election controversies), the baseline does not substantially change for those of us with dual roles in academia and the media.”

But some of his latest comments are bound to draw even more attention, as he has weighed in on the controversy surrounding the Harvard Law Professor J. Mark Ramseyer, who has come under severe criticism for publishing an academic paper on the issue of South Korea’s “comfort women,” referring to the World War II era brothels used by the Japanese military. Since Ramseyer published the paper, he has been under siege by angry students, activists, and prominent Korean American academics.

Very few have defended Ramseyer’s right to academic freedom. But Turley is willing to go there.

According to a post on his blog, he compares the campaign to get the academic journal to withdraw and retract Ramseyer’s paper on comfort women to past historical incidences:

The move to bar the journal itself is an example of this anti-free speech movement. We have seen such efforts in the United States and they can amount to a sanitized version of book burning.

Professor Ramseyer is a scholar with a stellar background that includes an extensive background in Japanese studies and considerable time spent in that country. He is a serious academic who put forward research that he believes challenges the dominant theory on comfort women. Rather than engage him on his research, many have turned to a cancelling campaign to have him fired and, now in South Korean, a campaign to fire those who defend his right to publish such opposing views.

The campaign has worked. Relatively few academics have voiced their support for Professor Ramseyer’s right to publish his research and views. Indeed, there is not a groundswell of support for academics like Yi and Phillips in fighting for academic freedom. That is the point of cancelling campaigns. They are meant to not only silence opposing views but also to intimidate others in supporting or publishing such views in the future.  In both Senate testimony and House testimony, I have discussed how we are witnessing an unprecedented attack on such core values in our country and around the world.  There are historical precursors but we have never seen the alliance of academics, the media, and major corporations in pushing for speech controls and censorship with government officials.

We have been discussing efforts to fire professors who voice dissenting views on various issues including an effort to oust a leading economist from the University of Chicago as well as a leading linguistics professor at Harvard and a literature professor at Penn. Sites like Lawyers, Guns, and Money feature writers like Colorado Law Professor Paul Campus who call for the firing of those with opposing views (including myself).  Such campaigns have targeted teachers and students who contest the evidence of systemic racism in the use of lethal force by police or offer other opposing views in current debates over the pandemic, reparations, electoral fraud, or other issues.

As a history nut, I would like to read both sides of this issue, including the views of Professor Ramseyer. However, many are seeking to prevent me and others from having access to those views. The effort is to stop others from considering his evidence and his analysis rather than refuting his views. As Professors Yi and Phillips have courageously stated in South Korea, it is the quintessential fight over academic freedom and free speech.  The fact that so few have stepped forward to add their voices of support only shows how much ground has already been lost to these campaigns of intimidation and harassment.