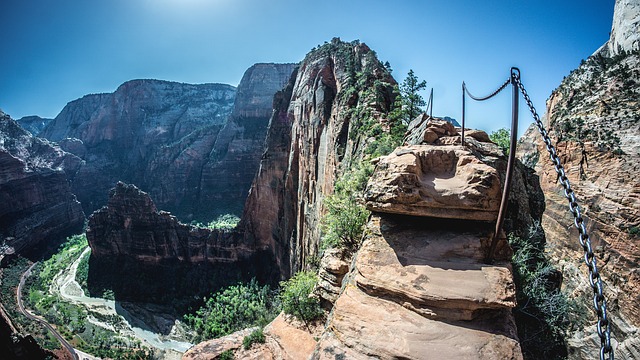 A Utah man has died after falling off Angels Landing at Zion National Park, according to authorities.

The body of Jason Hartwell, 43, of Draper, was found Friday morning at the base of the summit. A park rescue team began searching for him Thursday afternoon after visitors reported that a person had fallen off the landing, a National Park Service press release states.

The Washington County Sheriff’s Office is the lead agency on the investigation. They did not immediately return a request for comment on Saturday.

Angels Landing is a popular, but dangerous, destination for hikers. In November 2019, a body was discovered below the landing after it was reported that a teenage hiker from Maine had gone missing in the park. Authorities said at the time that the body was “consistent with the age and gender” of the missing teen.

The national park describes it as a “strenuous” 5.4-mile trail with steep dropoffs on both sides of the trail.