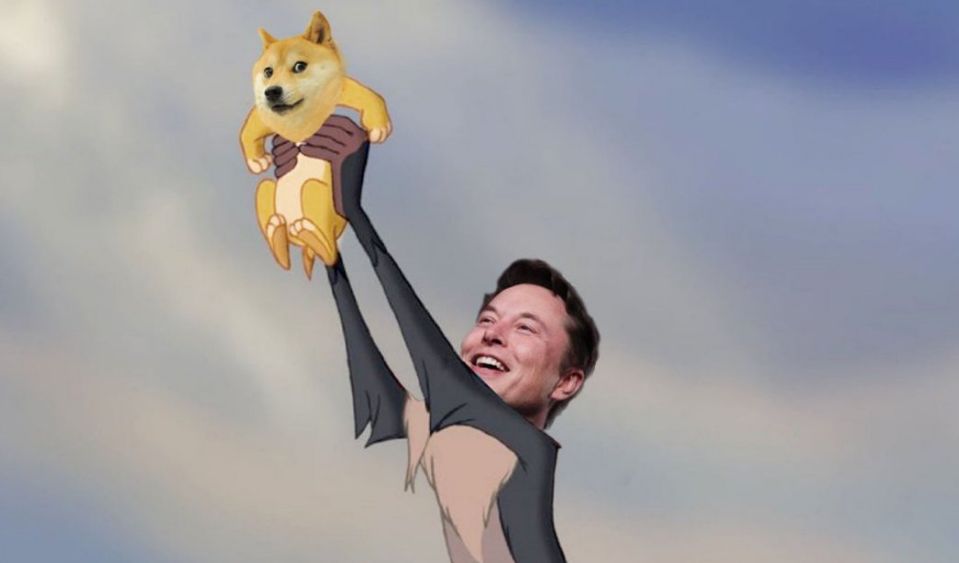 Musk sent out a flurry of tweets about the cryptocurrency around 8am UK time. He first tweeted just the word “Doge”, followed by “Dogecoin is the people’s crypto”, and “No highs, no lows, only Doge”, as well as a Lion King meme of him holding up the dogecoin dog as if it were Simba.

“Anything Musk tweets about shoots higher because he has such a strong following both on social media and as a businessman,” said Neil Wilson, chief market analyst at Markets.com.

“People will literally invest in him and his ideas, and don’t care what the fundamentals are.”

Tesla (TSLA) and SpaceX founder Musk has previously tweeted about dogecoin, sending the price spiking higher in December. Last week he appeared to tweet a meme referencing the cryptocurrency.

Speaking on the social media app Clubhouse last Sunday, Musk said his tweets about dogecoin were “just meant to be jokes”.

He added that “fate loves irony” and said: “Arguably the most entertaining outcome and the most ironic outcome would be dogecoin becomes the currency of earth in the future,” according to Newsweek.

Dogecoin was created in 2013 largely as a joke. The crypto takes its name and logo from the Shiba Inu dog in the “doge” meme that became popular on the internet that same year. Dogecoin can be used for payments in much the same way as bitcoin but is far smaller and less well known or used.