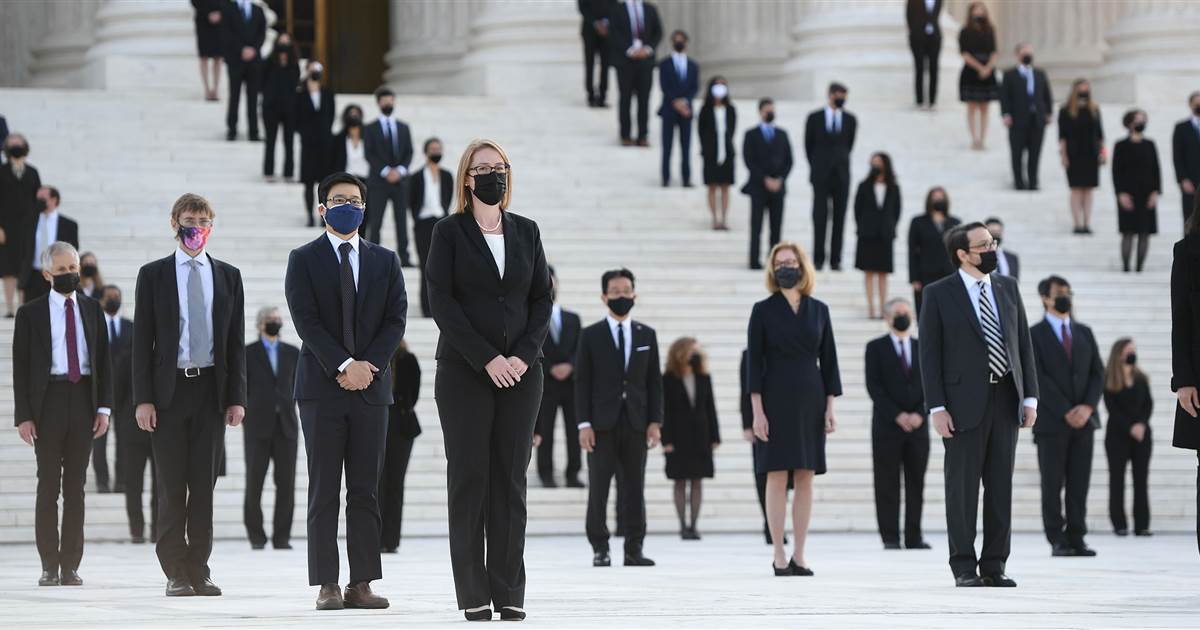 Supreme Court Justice Ruth Bader Ginsburg made history one final time Friday as she became the first woman and Jewish person to lie in state at the U.S. Capitol. But what took so long for such an honor to be given to a woman?

Pelosi and Senate Minority Leader Chuck Schumer led Ginsburg’s family into the large hall before her casket was carried inside. Lawmakers and guests, including Democratic presidential nominee Joe Biden and his wife Jill Biden, held their hand over their hearts as Ginsburg’s casket was placed on the Lincoln Catafalque, which first supported President Abraham Lincoln’s casket in the U.S. Capitol after his assassination in 1865.